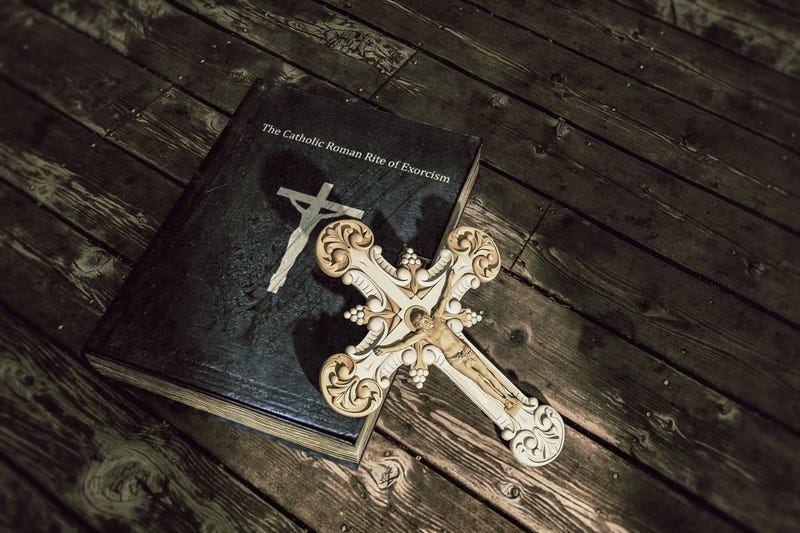 Across the U.S, there's been an uptick in exorcisms since the beginning of the pandemic. Photo credit Getty Images
By Lucy Fasano, KCBS Radio

SAN FRANCISCO (KCBS RADIO) – Across the U.S. there's been an uptick in exorcisms since the beginning of the pandemic.

A 3-year-old girl died last fall after what has now been ruled a homicide. She had been the subject of an exorcism at a San Jose "makeshift church." The girl's mother, uncle and grandfather have all been arrested on felony child abuse charges in connection with her death.

Joseph Laycock, Assistant Professor of Religious Studies at Texas State University, has taught courses on demonology. He told KCBS Radio that after "The Exorcist" came out there was a huge upsurge in demand for exorcisms.

"It seems to have increased again during COVID-19," Laycock said. "We don't have statistical numbers for that, but I can say anecdotal I have been getting more strange emails from folks who think they might need an exorcism since lockdown began."

He thinks the increase in exorcisms stems from the anxiety of lockdown and people feeling trapped in a house.

"If you are from a faith tradition that believes in the possibility of possession that can be one way of interpreting behavior especially when you yourself are pretty stressed out," he said

He explained that a lot of exorcisms with children result in death.

"Especially with exorcism with children there are a lot of deaths from people trying to get holy water or oil inside the child's mouth and they end up suffocating the child," he said. "Or they are trying to induce vomiting they think if the person vomits it will somehow show the demands escaping."

He added that big organized churches get reform and regulations when a person dies from an exorcism but small nondenominational churches don't have that level of organization so it's less likely for any reform.