With President Trump immediately announcing his refusal to participate in a virtual debate announced early Thursday by the Commission on Presidential Debates, Joe Biden's campaign team confirmed the former vice president will be doing a solo town hall in its place October 15.

"I'm not going to waste my time on a virtual debate, that's not what debating is all about. You sit behind a computer and do a debate - it's ridiculous," President Trump told Fox Business early Thursday.

Experts agree Trump is in desperate need of more screen time to fight the increasing amount of polls tipping in his opponent's favor.

"In some respects, this give and take is standard for presidential debates, you know, you always have this tug of war that's going on behind the scenes between the campaigns," said Dr. Anna Sampaio, Professor of Political Science and Ethnic Etudies and Chair of the Ethnic Studies Department at Santa Clara University. "At the end of the day, Trump really needs this. He needs to be able to get in front of audiences. He needs to be able to make his case. He needs to be able to correct some of the damage that he's done already in past debates."

Dr. Sampaio told KCBS Radio's "Sovern Nation Livestream" she has "no doubt" there will be another debate, but the question of where and when remains unanswered. 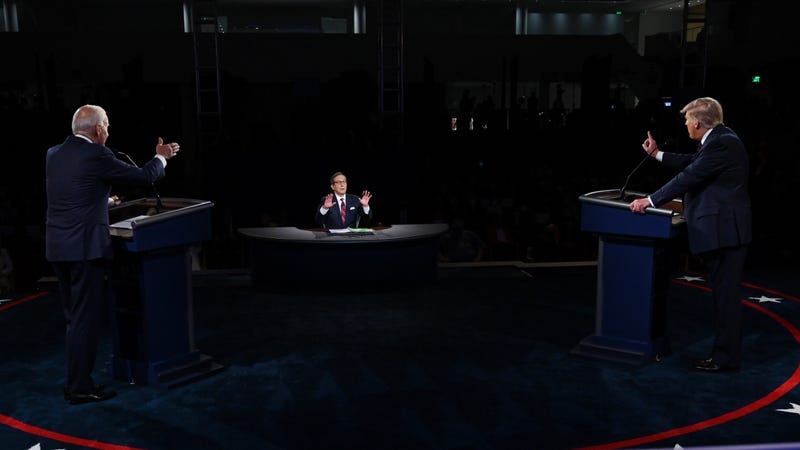 Others, however, don't believe a second debate will happen at this impasse, and purposefully so.

"The debates are basically his last, best chance to (gain ground in the polls)," explained Dr. Jacob Thompson, debate expert and Professor-In-Residence of Communication Studies at University of Nevada, Las Vegas. "I think that there are structural incentives and frankly kind of cultural incentives within the Trump administration for him to not go through with the debate, so my bet is that it won't happen."

The third and final presidential debate is scheduled for October 22, if it happens.