The Senate Judiciary Committee hearings for Amy Coney Barrett have wrapped up, and the nominee blocked questions at every turn about her position on hot button issues like healthcare and abortion.

Given her refusal to answer, some have questioned whether the hearings revealed anything useful.

“Seems like silly kabuki theater at this point, there’s zero reason to do it. Everybody knows what their vote is going to be,” said Larry Kramer, former dean of the Stanford Law School and president of the Hewlett Foundation. “It’s clear – and this has been true pretty much since Bork, but it gets worse each hearing – that the handlers are like, do not answer any questions. Do not say anything.” 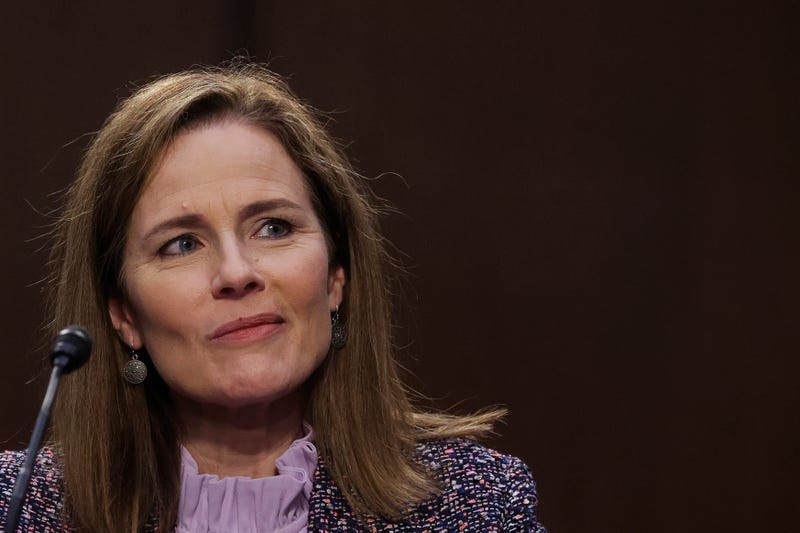 UC Hastings law professor Radhika Rao disagreed, arguing, “Even though she refused to answer the questions, the pointed questions, about how she’d rule, her very language and attitude and words reveals tons about her.”

Such as her refusal to acknowledge that Griswold v. Connecticut, a landmark case that established a married couple’s right to purchase and use contraception, is settled law, or when she referred to sexuality as a “preference.”

“As a smart woman and a former professor of constitutional law, how could she not be aware of the implications of that terminology?” asked Rao, calling the term demeaning and offensive.

LGBTQ activists have said for decades that the term “sexual preference” wrongly implies that a person’s sexuality is a choice. While Barrett later apologized, Rao raised the possibility that her use of the term was intentional.

Rao and Kramer both agreed that regardless of how the hearings went, Barrett’s confirmation is pretty much assured barring an unforeseen smoking gun, and say it is likely that she will play a pivotal role in significantly gutting or fully overturning Roe v. Wade.