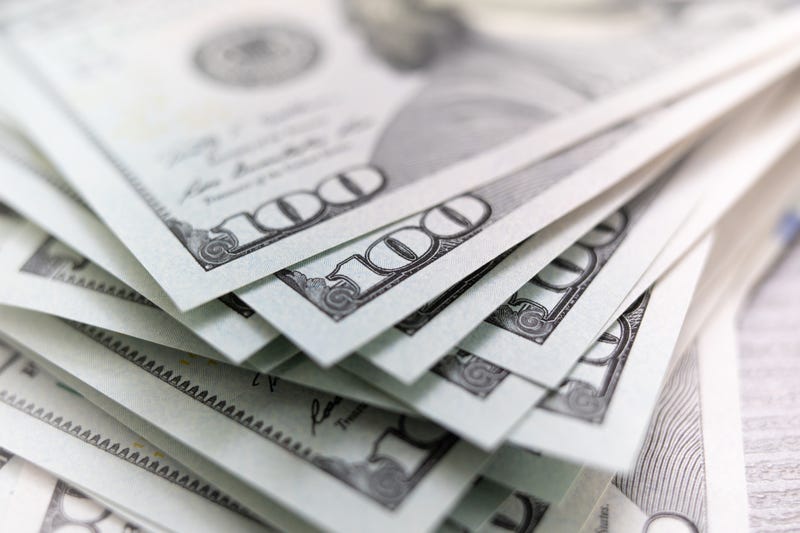 The checks can be anywhere from $200 to $1,000. Photo credit Getty Images
By Natalia Gurevich, KCBS Radio

SAN FRANCISCO (KCBS RADIO) – Many Californians will be receiving an inflation relief check in the next several weeks, which will come out of the state's $97.5 billion surplus.

Direct deposit payments will be made first in the next couple of weeks, and by the end of October, just around midterm elections, a good chunk of the payments will have been made.

While the timing of this has definitely worked out for lawmakers, the payments have been months in the making.

"It started out about a year ago with the governor proposing that what we need to do is actually help out with people with gas rising at the pump," KCBS Radio Insider Phil Matier told Melissa Culross on Thursday.

"The idea was to give rebates at the pump," he said. But the legislature didn't like that iteration of the proposal.

"So we wound up instead doing a sort of equity checks system that we do in California," said Matier.

People don’t need to apply for the funds, it's based on income tax, and the state will send the payments out accordingly.

Although not all the payments will have been disbursed by the time the election rolls around, it's likely to help some, as Gov. Gavin Newsom is well ahead in the polls and the Democrats have a strong majority in the legislature.

"It's always good to give good news before the election comes out," said Matier. "Especially now as inflation continues to cause and be a top concern among voters."

In the long term, it's unclear how much this will help or hurt things by flooding additional money into the state economy.