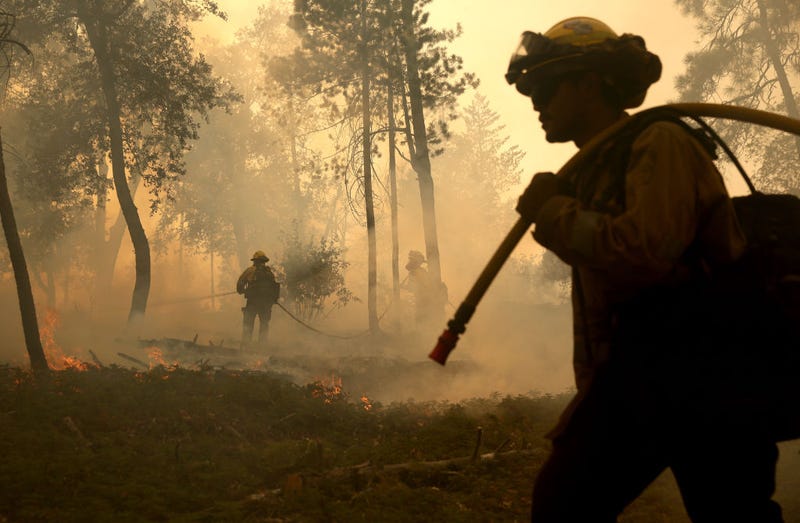 SAN FRANCISCO (KCBS RADIO) – Wildfires burned over two and a half million acres throughout California last year and, with climate change and drought conditions intensifying, the state is in the midst of another rough season.

While California has been accused in the past of not managing its forests in a way to lessen the risks of wildfire, almost half of the forests in the state are actually managed by the U.S. Forest Service, a federal agency.

KCBS Radio's Bret Burkart spoke with the Chief of the U.S. Forest Service, Randy Moore, on Thursday's "State of California" for an in depth look at the relationship between the state and the federal agency and how both are combating future disasters.

As a Bay Area native born and raised in Fairfield, Moore has first-hand knowledge about how the fire landscape in the region has changed in recent years. "Over the last five years in particular, we have seen increasing numbers and intensity of fires and we've seen a number of things that really contribute to that," Moore said. "We've got three main components that really contribute to the situation that we have. First, I would have to say climate change and a warming climate. But when you combine that with overstocked, over-dense forests, that complicates it. Then, when you look at the number of homes that are being built in these wildland urban interfaces, what you have is a threesome that’s pretty devastating when a fire does happen."

As those hazards, specifically climate change, continue to deepen, Moore stressed that one of the major keys to fighting back is a coordinated response across multiple agencies.

"What I've appreciated about working in California is that the partnership is excellent," he explained. "Everyone knows that no one agency can adequately address the problems and situations that we're seeing out here. It takes all of us. I am seeing where we are bringing partners to the table like we have never done before."

Moore has been head of the agency for just over a year. He said since he’s taken over, one of his goals has been to make it easier for their partners to to partner with them. "About a week ago, I had looked at changing and shifting our policy around agreements, where it allowed more flexibility and it just simplified the process to be our partners," he explained. "It's going to take an all lands approach in order to make a difference out there,"

Last year, Congress passed "The Bipartisan Infrastructure Investment and Jobs Act," a multi-layered law which gave an additional $5.5 billion to the U.S. Forest Service and gave it multiple new authorities and resources, which Moore said helped pave a path for the agency to work with other entities.

"The legislation allows us to work with other partners, like in California," Moore said. "What it does, is it says 'Look, let's sit down and talk about what needs to happen. Let's talk about how we can bring all our resources to bear to address this problem.' I see that taking place. I see our partners sitting down, taking on large portions of this."