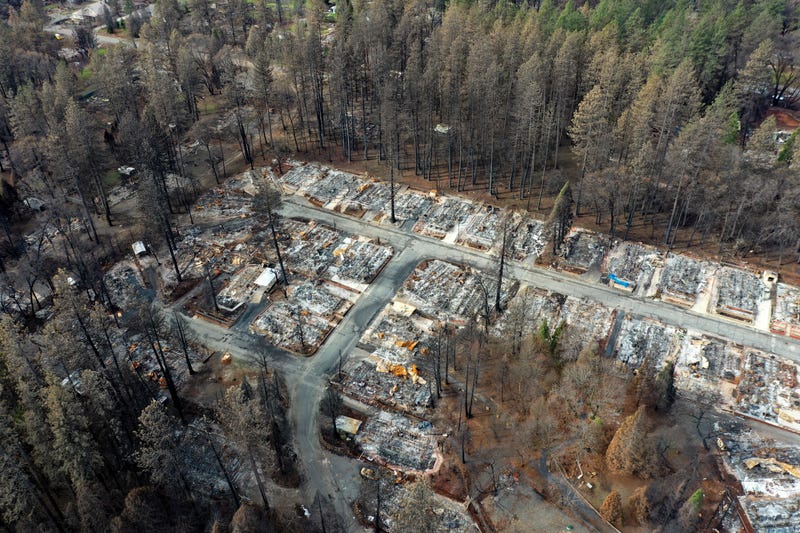 A former Paradise resident will be sentenced in December after pleading guilty Monday to making false statements in applying for and receiving over $77,000 worth of benefits from the U.S. Federal Emergency Management Agency following the destructive 2018 Camp Fire.

Deborah Laughlin claimed her primary residence was destroyed in the fire, even as others rented and lived in a mobile home at the listed address, according to federal charging documents. After Laughlin was indicted on Dec. 12, 2019, the Department of Justice said in charging documents that Laughlin was in jail when the fire started after being arrested in Willows, where prosecutors said she actually lived at the time.

Laughlin later told multiple news outlets, including the Washington Post, Los Angeles Times and CapRadio, that she lost her home at 7209 Skyway Road due to the fire, needing to evacuate so quickly that she lost her dentures. Her husband, Chris, told CapRadio shortly after her indictment that she doesn’t always understand what she reads due to her mental illness.

"She was putting down where our stuff was stored, but she had somebody else fill out the paperwork, and she just signed it," Chris Laughlin told the outlet at the time. "And it came back as it was her physical address, which it wasn't at the time."

FEMA provided Deborah Laughlin with $1,788 for two months of rental assistance, $7,886 to replace essential items damaged by the disaster and almost two years of temporary housing in a manufactured home. Officials estimated her housing, where she lived from June 24, 2019 to this April 7, was worth $67,575.

All told, the Department of Justice on Monday said Laughlin’s money and housing "caused an actual loss ... of at least $77,429."

Laughlin faces up to 30 years in prison and a $250,000 fine when she is sentenced by Judge William Shubb in the Eastern District of California on Dec. 20, according to Philip Talbert, the district’s Acting U.S. Attorney. Ultimately, her sentence will be determined at the court’s discretion.