San Mateo County District Attorney Steve Wagstaffe says too many racially motivated crimes do not meet the legal definition of a hate crime under California law.

Wagstaffe pointed to a case in Daly City last week as an example.

A 69-year-old Asian American woman was walking near Serravista and Norwood at about 3:30 p.m. on Mar. 18 when she was shoved to the ground and robbed. Video of the incident shows the woman was briefly dragged on the ground.

The attack mirrored many assaults on older Asian Americans around the country, which have increased over the last year.

UNPROVOKED ATTACK ON ELDERLY ASIAN WOMAN
A 69-year-old woman was walking when a man assaulted and robbed her Thursday at 3:40 pm at Serravista near Norwood in Daly City, according to @DalyCityPD. Suspect ran away @KPIXtv @WilsonKPIX more at 5 pm #StopAAPIHate #StopAsianHate pic.twitter.com/XCK8TMLgMK

A suspect has not been apprehended in the assault but Wagstaffe says even if a suspect was found, he would not be able to charge them with a hate crime enhancement because the victim’s race was not the sole factor in the crime.

Wagstaffe says because the woman was robbed, the assault would not meet that requirement.

“(The suspect’s) purpose was to do a robbery, he just wanted to steal the purse,” he said. “However, he had in his mind because she was an Asian American woman, that will make her more vulnerable. That becomes one of the motivations, and if we could expand the law to cover that I think that would give greater protection to the victims in our society.”

He says he plans to reach out to his fellow DA’s across the Bay Area to see if the law can be strengthened.

Wagstaffe says currently, he is only able to charge a handful of hate crimes each year. 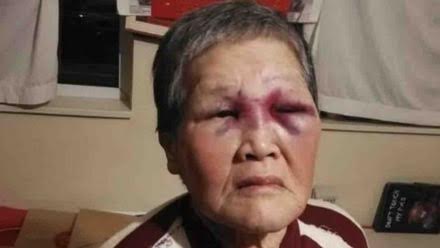