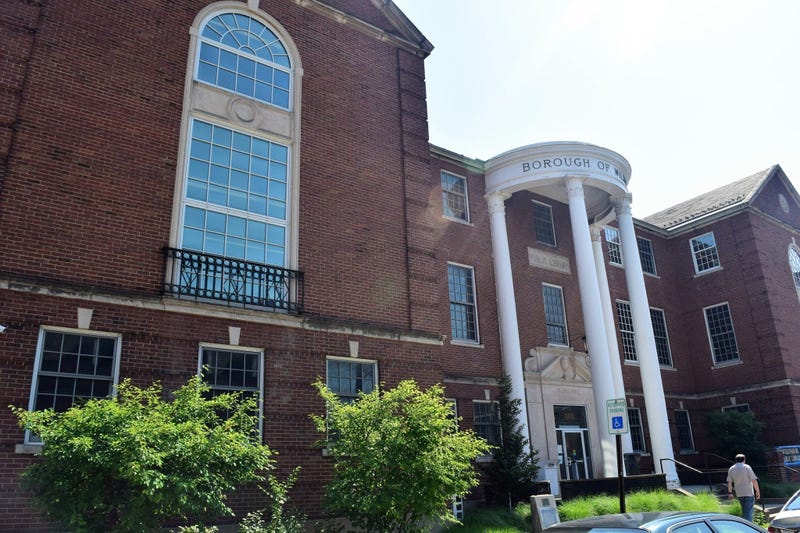 Marita Garrett, the first female African-American mayor in Wilkinsburg history, spoke with Larry Richert and Kevin Battle of the KDKA Radio Morning Show and shared her view of what's happening around the country and in our own region when it comes to race since the death of George Floyd.

"Really what I see is 400, 401 years of civil unrest, racial injustices, all of the things that have perpetuated upon typically black Americans and coming to a boiling point," she said. "With the murder of George Floyd, who is just so many as we speak. I mean the fact that there was even one that happened in Atlanta this past weekend, you know a lot of us are saying we're done being hashtagged. We're tired of systemic racism and all of these institutions where black lives, black women and black men are just dying unnecessarily at the hands of white people.

"And furthermore, just the systems on a daily basis we go through. Even if we look at this region, the City of Pittsburgh or Allegheny County, that how many studies, especially that gender equity study that was released late last year that really said that if you're a black woman in this city, that if you move and pick up your stuff and go right now to anywhere else, not only will your life expectancy change, but your income will increase as well too. So when you see those things, especially on a national level, but when you see here in such a segregated city as Pittsburgh or region, it really brings it more home. That's what I would really say."

The push for racial equality is not new. The mayor explained that this time feels different to her because of the people involved. "This has been 400 years in the making. It's sad that we had to get to this point for everyone to wake up and one of the things that I see why I feel that this particular moment is different, because I'm starting to see a lot of the non-black allies really step up to the plate," she said. "So now you're starting to see more protests that are white-led, a majority of white people and especially younger, the younger generation and in different places holding in a Mount Lebanon or Fox Chapel and I would say that's really the difference that makes me believe or I should say prayerful that we are headed towards a reconciliation of the crimes and atrocities against black people in this nation."

On Friday, Vice President Mike Pence visited Covenant Church of Pittsburgh in Wilksinsburg to meet with religious and community leaders in an attempt to gather perspective on what they thought needed to be done to "continue to move our nation forward in the aftermath of the tragic death of George Floyd in Minneapolis."

Mayor Garrett told Larry and Kevin that the Vice President's visit was a bit of an inconvenience. "It was interesting because actually our police department wasn't notified until maybe about 4pm that day, the day right before he was coming in the morning, so trying to get the word out to our constituents and community members that traffic may be backed up and all of these things going on," she said. "So, I would say it was an inconvenience to say the least, but things went smoothly. It seemed like he got in, he got out, went on to his next stop. That was just interesting overall, Wilkinsburg of all places for his visit."

The mayor said there is a great community development effort underway in Wilkinsburg to effort to advance the borough. "A lot of people probably feel that you drive down Penn Avenue in Wilkinsburg, a lot of poeople do for their different reasons - it's a connector to the city, a connector to the east - but yet, we're missing huge link in our economic development, our revitalization efforts especially wiht our small businesses."

Garrett said that through her civic organization, progress is being made on community development. Last year, the organization acquired the largest commercial building in the borough, called the Hunter Building. "We're in the process of redeveloping that space," she said. "The plans are to have a coffee shop, to have gallery space, to have storefronts and spaces for small businesses to really utilize for our community and the top two floors being professsional office space."