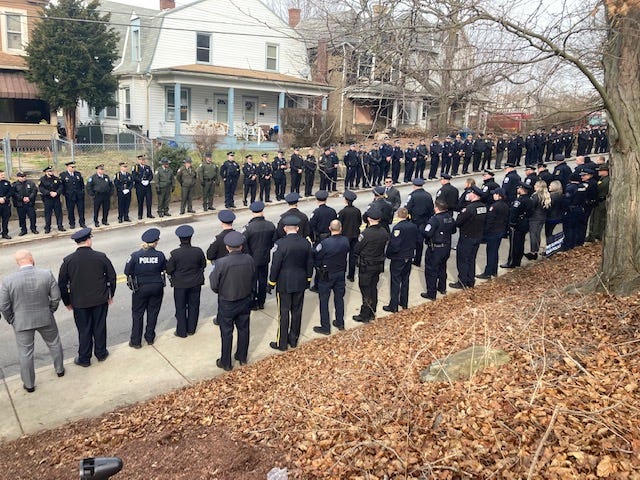 Brackenridge police returned to duty Sunday night for the first time since the death of chief Justin McIntire.

McIntire was shot and killed on January 2nd this year. His killer was subsequently shot by police in Homewood-Brushton.

There is also another T-Shirt fundraiser sale is scheduled for Wednesday January 25th, with proceeds going to the family of the fallen chief.

Since his murder, the department dropped down to three full-time officers. State Police have been covering the area in order for the three remaining officers to grieve.

They'll currently get weekend coverage from state troopers for the foreseeable future.

Brackenridge residents are advised to call 911 for emergencies.