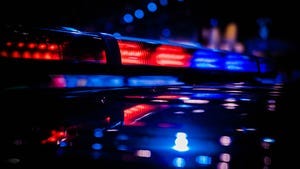 PITTSBURGH (100.1 FM and AM 1020 KDKA) - An overnight shooting on the 0 block of Vincent Street led to an arrest and put one man in the hospital under stable condition.

Police and EMS were called to the scene around 11:05 p.m. Saturday night after gunshots were fired.

When they arrived to the scene, they found an adult male with a gunshot wound to the elbow.

The victim was transported to a local hospital in stable condition.

An investigation by the Violent Crimes Unit discovered that the victim and his neighbor got into a confrontation when the neighbor shot him.

The neighbor, Joseph Baker, was arrested and charged with aggravated assault.