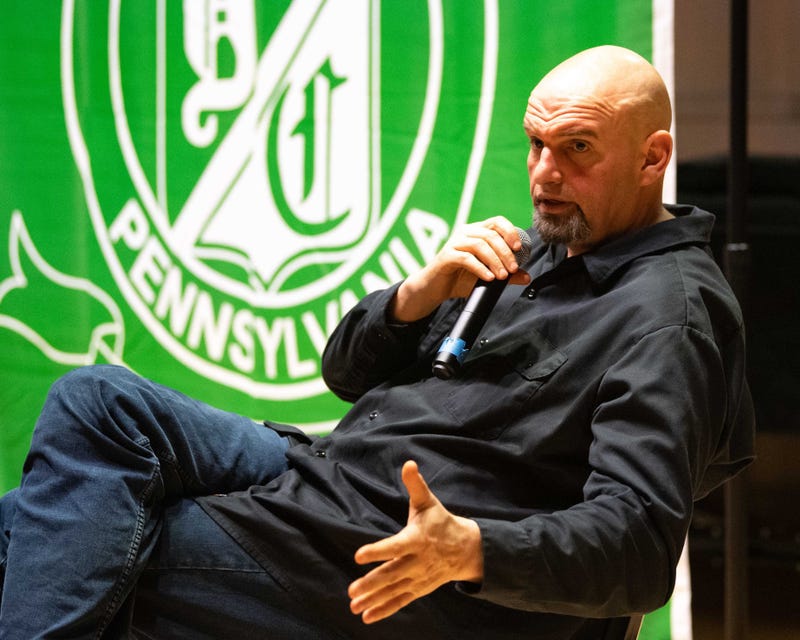 Lieutenant Governor and Democratic Senate candidate John Fetterman is ready to get back on the campaign trail.

He's been resting and recovering since suffering a stroke back in May. Fetterman just announced he will host a campaign rally in Erie next Friday.

John Fetterman’s campaign for U.S. Senate is also asking TV stations in Pennsylvania to pull down one of Oz’s television ads for spreading what it calls “blatant lies and misinformation” about his criminal justice reform positions.

The ad in question — paid for by the National Republican Senatorial Committee and approved by Republican candidate Mehmet Oz — claims that Fetterman wants to “eliminate life sentences for murderers” and release a third of all prisoners in the state.

The Post-Gazette reporting that Oz's campaign stands by the ad, which has been running in Pittsburgh and Philadelphia as part of a $2 million buy.

Fetterman is going up against Republican nominee Dr. Mehmet Oz in November for the Senate seat that was held by now-retiring Senator Pat Toomey.