The Folks over at SteelerNation had a question for Steelers fans on Tuesday, who is the third best quarterback in franchise history?

Of course Ben Roethlisberger and Terry Bradshaw are one and two. Roethlisberger owns every team passing record with two Super Bowls and Bradshaw helped lead the organization to its first four world titles.

One of the players that many will consider to be the third-best in franchise history wanted to know what Steeler fans thought.

Kordell Stewart, who spent eight years with the Steelers responded to the post with a question of his own.

“This is a great trivia question,” said Stewart. “[There’s] been a few good QB’s that came through the Burgh. Tell me your 3rd best in franchise history behind Ben and Terry B.”

Many people responded on Twitter saying that Stewart was in fact the 3rd best of all the Steelers QBs over the weeks.

Others went with Tommy Maddox (who Roethlisberger replaced), while some pointed out Pro Football Hall of Famer Bobby Layne, who played for the Steelers from 1959-1962.

Stewart also helped get the Steelers to the AFC Championship game in 1997 and 2011, but Pittsburgh lost both of those games with Stewart throwing three interceptions against the Broncos in 1997 and 2001 was the infamous Spygate game.

Asked by one fan if he thought he was the third greatest in Steelers history, Steward said, “My response doesn’t count….#BIAS.”

But in responded to another tweet, seemed to agree that he is the most athletic quarterback in franchise history.

Many now consider Stewart to be ahead of his time in the NFL, his mobility and ability to run would fit right in to the type of starting quarterback that finds success in today’s NFL.

Stewart also dealt with rumors that affected him deeply while in Pittsburgh, something he wrote about last year in the “Players’ Tribune”. 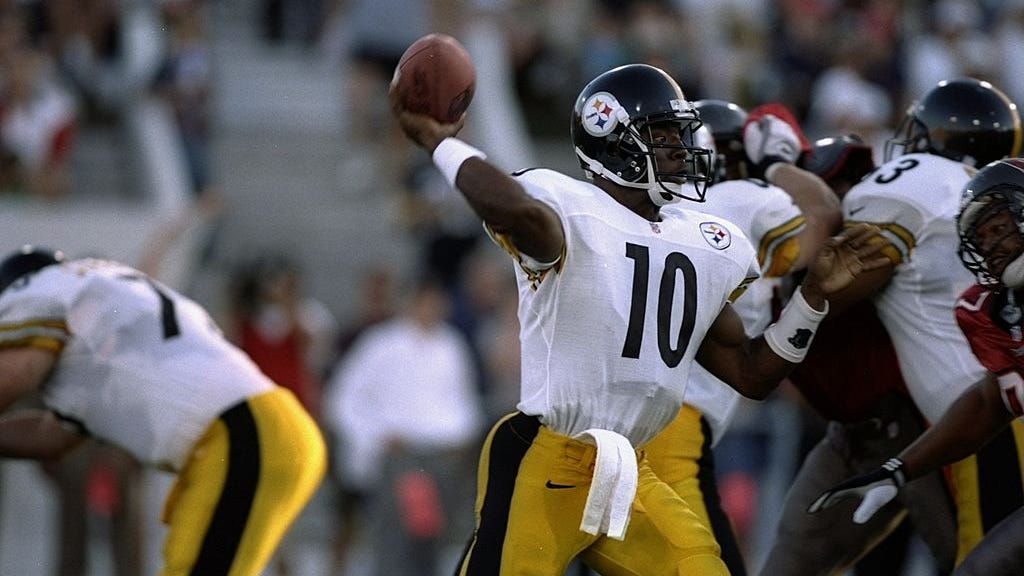 Kordell Stewart publically addresses rumors about him for first time