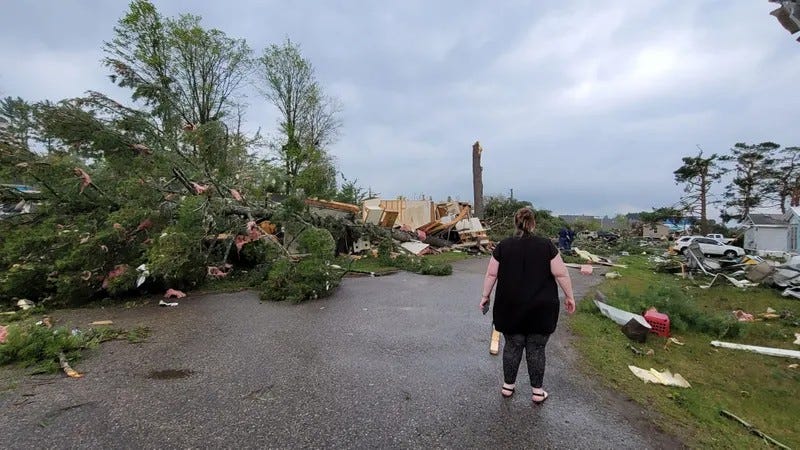 GAYLORD, Mich. (WWJ) - At least one person is dead and 44 others are injured after a "large tornado" bore down on Gaylord, Mich., tearing homes from their foundations and destroying businesses Friday afternoon, state police confirmed.

MSP said shortly before 9 p.m. that the list of injured has grown: 23 patients are currently being treated at Otsego Memorial Hospital (OMH) in Gaylord, 12 patients are reported at Grayling Hospital, eight patients are at McLaren Northern Michigan Petoskey, and one patient is hospitalized Munson Medical Center Traverse City.

Michigan State Police Lt. Derrick Carroll told WWJ's Erin Vee that a tornado touched down just west of Gaylord around 3:45 p.m. at a mobile home park off M-32; the storm ended up cutting a path right through the city causing widespread damage that prompted a shelter in place order from city officials.

"We have multiple road closures, lines down, trees, devastating destruction," Carroll said. "The mobile home park saw extensive damage, several business along the main business route were destroyed with roofs torn off and vehicles in the parking lot were flipped upside down."

"We have multiple agencies responding to the scene and all of our partners in the area have sent ambulances, fire departments and other resources to help."

Carroll said the main focus is getting the injured to the hospital as quickly as possible so they can be treated.

At the time of Carroll's interview with WWJ, no fatalities were confirmed, but MSP learned of one death reported by an area hospital shortly around 8:30 p.m.

"We're not through the woods yet," Carroll added.

As of 7:30 p.m., law enforcement was canvassing the area and going door-to-door within city limits to check on homes that sustained major damage. Carroll said the police department has received numerous calls from people reporting injuries and in need of help.

Carroll asked residents not to call 911 for information and only dial 911 for emergencies.

"The city of Gaylord has announced that they have imposed a 7 p.m. curfew and they will lift that tomorrow at 8 a.m. just due to the extent of the destruction and many live powerlines are down," Carroll said.

Patients have been taken to Otsego Memorial Hospital (OMH) in Gaylord, Grayling Hospital, and McLaren Northern Michigan Hospital in Petoskey. At this time we can confirm 23 patients were treated at OMH. We have one confirmed dead at this time. pic.twitter.com/RkdX5HoADL

"It's not safe to be out and about tonight."

One of the biggest issues facing residents is the lack of cell service. Carroll said the network is bogged down with people trying to communicate with others; one cell towner is completely crippled due to the tornado, complicating things even more.

Multiple agencies from other police departments, fire stations, the state police and the city of Gaylord have coordinated to take shifts and provide 24-hour assistance.

A shelter has also been erected at at E-Free Church in Gaylord located at 1649 E. M-32 and will have the The Red Cross on site.

Govenor Gretchen Whitmer released a statement Friday evening, urging people to stay away from the area as authorities work to keep everyone safe.

"We are monitoring the extreme weather situation in Gaylord and Northern Michigan closely," the governor said. "As Michigan State Police have noted, trees and power lines are down, and multiple homes and businesses have been damaged. The MSP urge Michiganders to avoid the Gaylord area. Emergency crews are responding to help residents and assess the damage. Severe thunderstorm watches and warnings remain in effect throughout Northern Michigan. Our thoughts are with the impacted communities and first responders and utility workers who are working hard to keep everyone safe. For up-to-date information and alerts, follow @mspnorthernmi.” 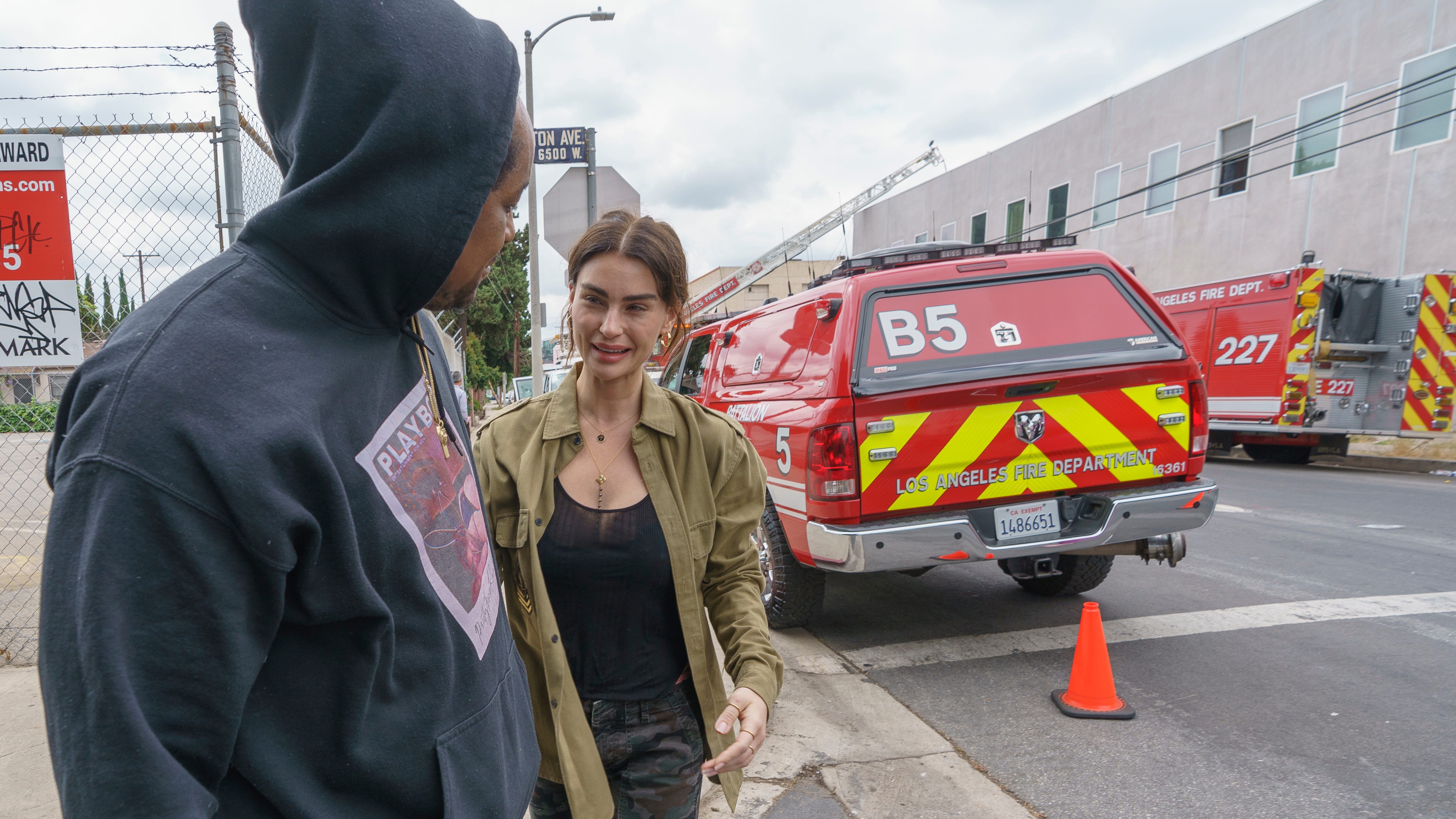