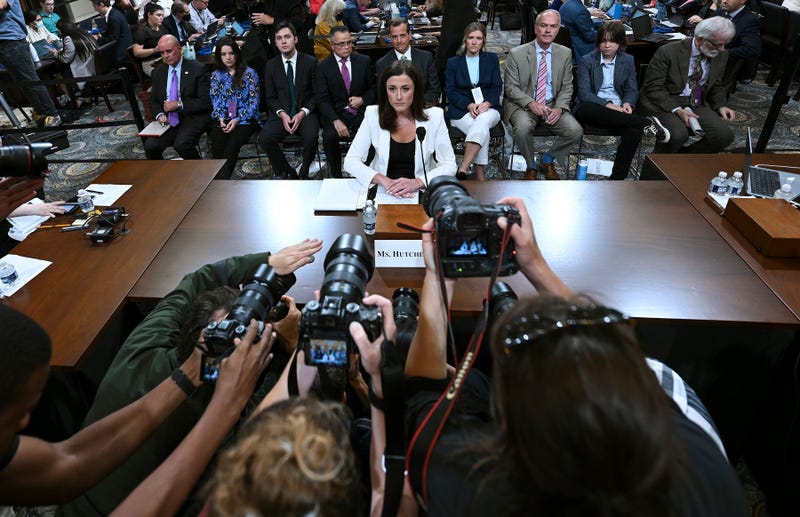 Cassidy Hutchinson, a top former aide to Trump White House Chief of Staff Mark Meadows, takes her seat following a break as she testifies during the sixth hearing by the House Select Committee to Investigate the January 6th Attack on the U.S. Capitol in the Cannon House Office Building on June 28, 2022 in Washington, DC. Photo credit Brandon Bell/Getty Images
By Marcus White, KCBS Radio

SAN FRANCISCO (KCBS RADIO) – The House committee investigating the Jan. 6 U.S. Capitol insurrection has subpoenaed a former White House lawyer to testify, a day after an aide to former President Donald Trump's chief of staff alleged he warned Trump of the consequences of marching to the Capitol with his supporters.

The select committee announced on Wednesday night that it had subpoenaed ex-White House Counsel Pat Cipollone, writing that they have "credible evidence" the 56-year-old has "information concerning" Trump's "submission of fake electoral ballots to Congress and the executive branch, the attempted appointment of Jeffrey Clark" as acting attorney general and "efforts to interfere" with Congress certifying President Joe Biden's electoral college win on Jan. 6, 2021.

Cassidy Hutchinson, a longtime aide to former White House Chief of Staff Mark Meadows, testified in a surprise hearing on Tuesday that Cipollone expressed concerns for the potential legal ramifications of Trump addressing his supporters in a Jan. 6 rally at the Ellipse and marching with them to the Capitol as the election results were certified.

Hutchinson recalled Cipollone saying "we're going to get charged with every crime imaginable" if Trump marched to the Capitol that day. She also said Cipollone told Meadows that "people are going to die and the blood’s going to be on your f---ing hands" if he couldn't get Trump to tell the rioters who breached the Capitol to back down.

"He clearly has a lot to tell us,” Rep. Adam Schiff, a Southern California Democrat, told KCBS Radio’s Jeff Bell during an interview on Wednesday shortly after the announcement. "And he needs to show the same courage Cassidy Hutchinson did and come and appear under oath, tell us what he knows about Jan. 6 and the run-up to Jan. 6, the president's knowledge that these protestors, these insurrectionists were armed and that he was willing to have them march to the Capitol with their weapons."

The committee on Monday called a surprise hearing for the following day, and Hutchinson testified under oath following her previous taped deposition. In her prior testimony, Hutchinson alleged that Trump knew but didn't care many of his supporters were armed because they weren't there "to hurt me."

Schiff said the panel, which is comprised of seven Democrats and two Republicans, held Tuesday's hearing because they were "very concerned" about possible witness tampering.

"We also, finally, wanted to use the evidence she was providing in our further investigation," Schiff said. "And having it public helps us to do that."

Hutchinson's testimony on Tuesday prompted comparisons to Alexander Butterfield's in 1973, when the former White House deputy assistant appeared as a surprise witness in front of the Senate committee investigating the Watergate break-in.

He testified that then-President Richard Nixon tape-recorded all of his conversations in the Oval Office. Butterfield’s revelation led to the discovery of a recording showing Nixon’s complicity in covering up the burglary.

John Dean, Nixon's former White House Counsel who testified against him in front of the Senate committee, told Bell on Wednesday afternoon that Hutchinson's testimony was "a bigger deal" than Butterfield's.

"She not only was a surprise witness, but she had the ability to explain what she had observed and there was no mystery about it," Dean said. "It was revelatory. It, I think, changed the direction of the hearings. There clearly is a new light on Donald Trump's role."

Should Cipollone testify, it remains to be seen if, like Dean a half-century ago, his testimony will implicate the White House he formerly served. 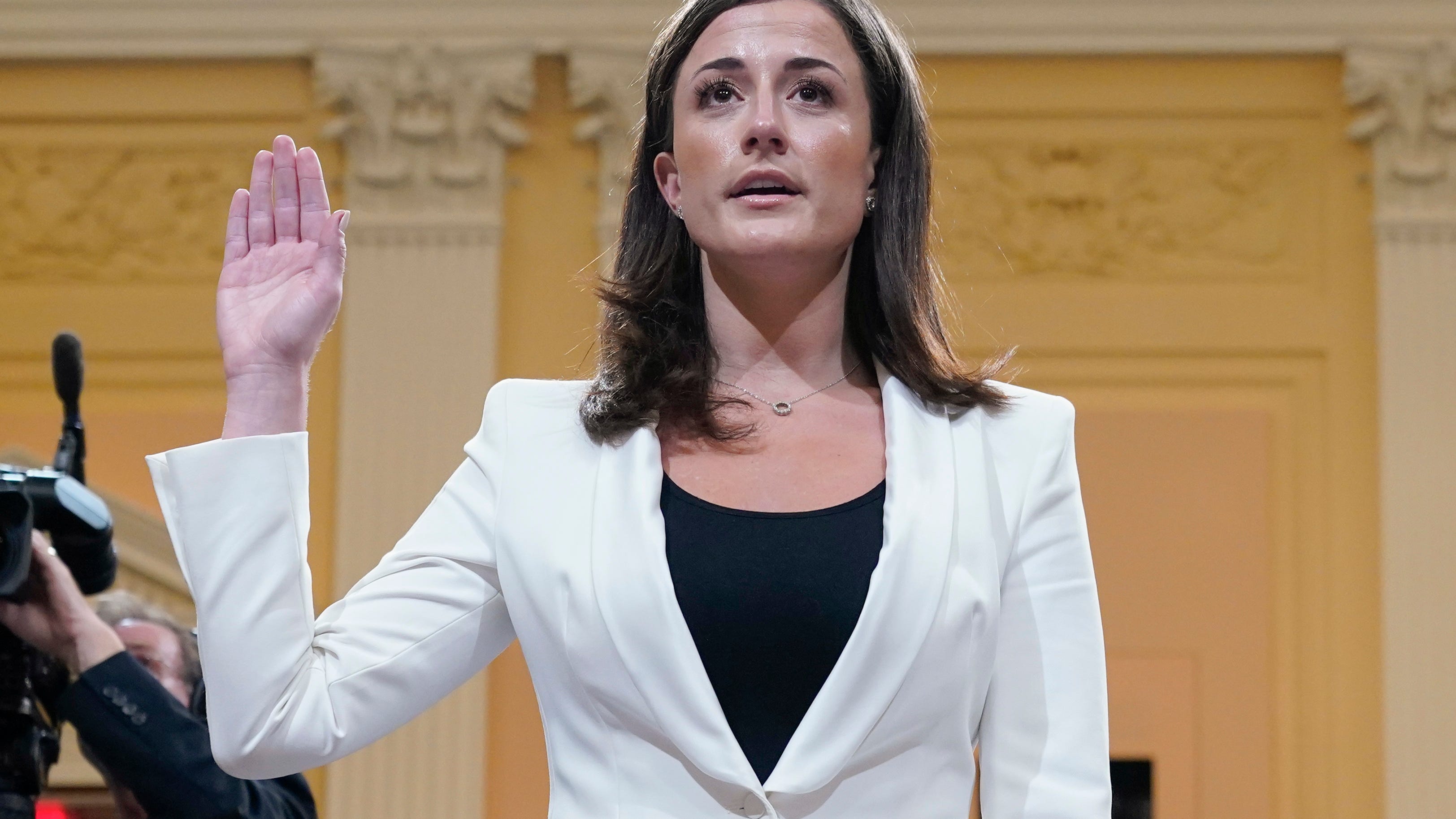 1/6 hearings fuel the question: Did Trump commit a crime? 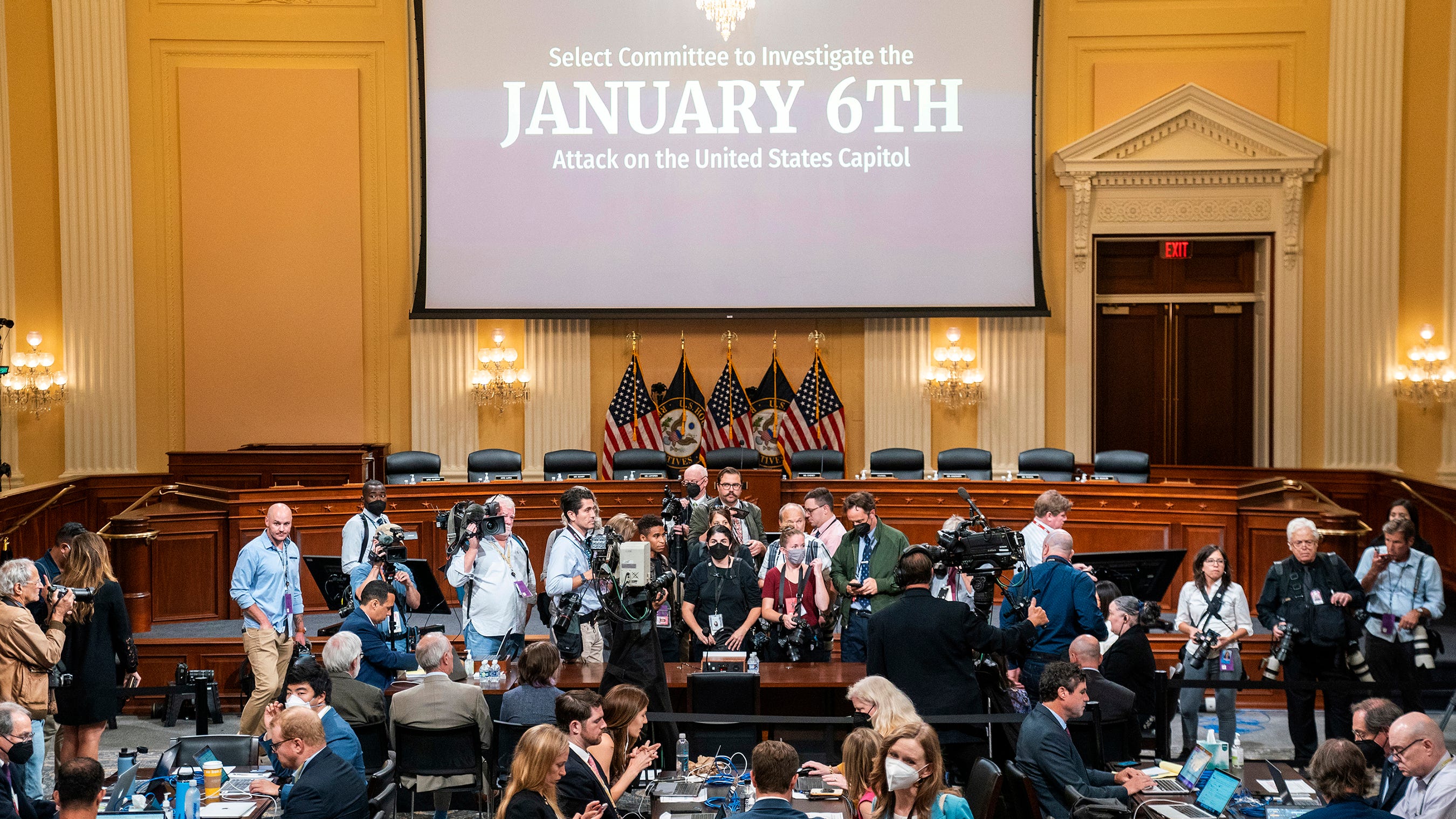