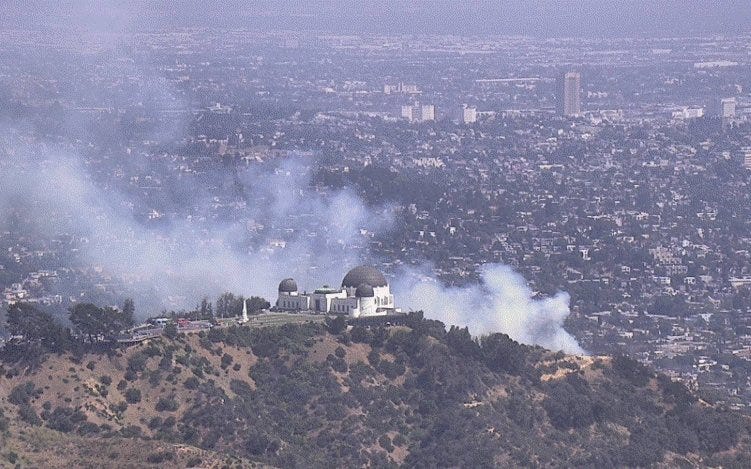 The fire was first reported around 2:45 p.m. and located south of the Griffith Observatory, near the Boy Scout Trail.

Smoke from this brushfire burning below the Griffith Park Observatory is being seen by many folks in the area. The latest is 3-4 acres with no structure threatened as of now. More @knxnews @AlertWildfire pic.twitter.com/CWPZQVIl6X

The fire grew around four acres around 3:25 p.m. Both air and ground units responded.

As of 4 p.m., the fire was reported to be contained and had burned up to six acres, the department said.

Over 90 firefighters battled fire, according to the department.

The Los Angeles Police Department detained a person of interest in connection to the fire, according to City News Service. Further details regarding the person's identity have not been revealed.

The cause of the fire is being investigated. 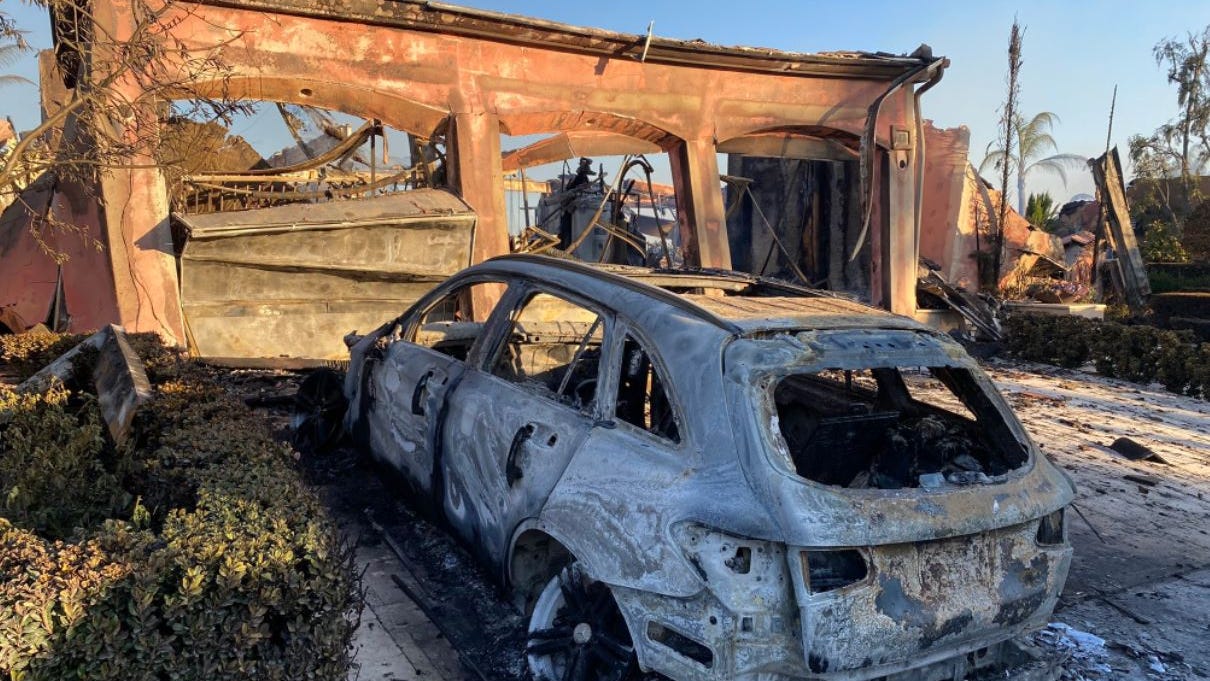 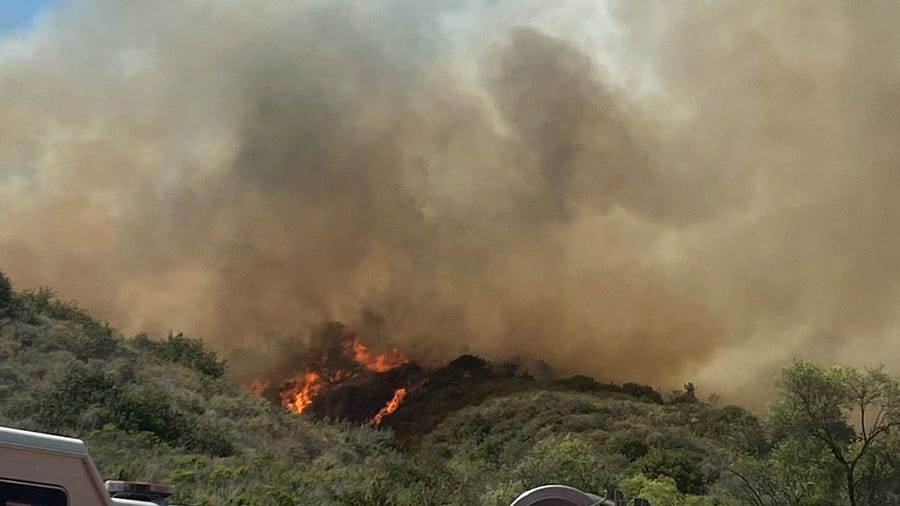