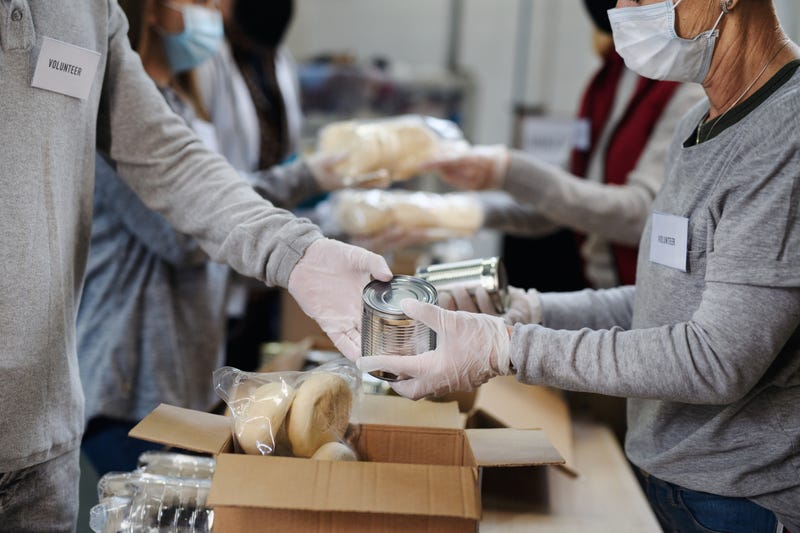 According to USC shared in October 2021, adults who remained food insecure in the first half of 2021 are predominantly low-income, women, Latinos and between the ages of 18-40 years old. Photo credit Getty Images
By KNX 1070 Newsradio

New research from the University of Southern California shows that food insecurity has returned to pre-pandemic levels - but shows that at least one in 10 Angelenos are struggling to put food on the table.

The numbers were worse as the Coronavirus Pandemic struck last year, with one in three Los Angeles County residents experiencing food insecurity from April to December 2020, according to a new study directed by USC Dornsife’s Public Exchange.

“While it is encouraging to see food insecurity declining, it is still unacceptable that nearly 1 million Los Angeles County residents find it difficult to put food on the table,” lead researcher Kayla de la Haye, an assistant professor of population and public health sciences at the Keck School of Medicine of USC said in a statement.

The research found that in L.A. People suffering from food insecurity are “predominantly low-income, women, Latinos and between the ages of 18-40 years old.”

New research from USC shows that those suffering from food insecurity in LA County are predominantly low-income, women, Latinos and between the ages of 18-40 years old. https://t.co/0AV6whdBwF

While resources like CalFresh and SNAP exist and are available, researchers found that just one in four food insecure houses were receiving the benefits as of June 2021.

Early on in the pandemic, restricted hours and reducing staffing affected grocery stores across the United States. Those factors, in addition to many low-income families living in so-called “food deserts.”

“A lot of food outlets had to temporarily close or reduce their number of customers. An unintended consequence was that food access became more difficult, adding to the challenges of people with food insecurity,” de la Haye said.

“New sources of data allowed us to identify when and where these closures occurred, as well as neighborhoods with a double burden of food deserts and ‘food assistance deserts,’ meaning no food assistance providers were nearby.”

Data compiled from Yelp and Findhelp.org help researchers understand how the pandemic changed the “food environment” in L.A. by showing that at least one in three areas of the Antelope Valley and South L.A. are both food deserts and food assistance deserts.

- Investigate community perspectives by interviewing those impacted by food insecurity

- Monitor and invest in fair and resilient food systems by building partnerships with researchers, government, community organizations and private partners before a crisis hits

USC Dornsife’s Public Exchange study was conducted in collaboration with the L.A. County Emergency Food Security Branch. USC researchers regularly met with county partners throughout the pandemic to share the latest findings on changes to food insecurity. L.A. County officials plan to launch a new Food Equity Roundtable this month to continue increasing the resilience of the food system and food access across the county.