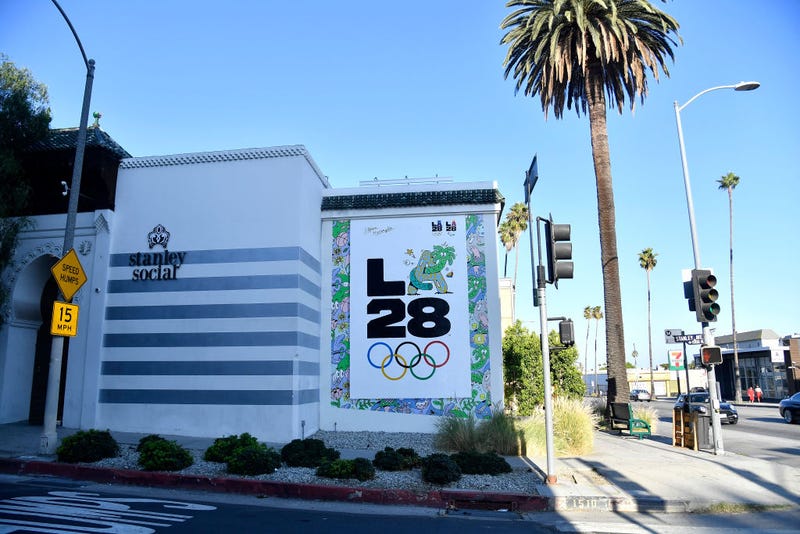 The LA28 Olympic mural by Artist Steven Harrington is displayed on the corner of Stanley Street and Sunset Boulevard on September 01, 2020, in Los Angeles. Photo credit Getty Images
By City News Service

LOS ANGELES (CNS) - The Los Angeles City Council approved a Games Agreement with the Los Angeles Organizing Committee for the 2028 Olympic and Paralympic Games Friday -- providing a framework for an array of details, including insurance for disasters and ticket loss and the city's financial
liability in the event of a deficit.

The council unanimously voted in 2017 to approve L.A.'s bid for the 2028 Olympics. The Games Agreement serves as a roadmap for the games as the city prepares to host the estimated $6.9 billion event.

According to the agreement -- which passed by an 11-2 margin -- the games are paid for by the nonprofit Los Angeles Organizing Committee, or LA28. In the event of a deficit, the city is on the hook for the first $270 million owed, with the state taking over for the next $270 million. After the state's portion of the costs, the city would be on the line for all additional costs.

City Administrative Officer Matt Szabo and Chief Legislative Analyst
Sharon Tso briefed council members about the agreement before the vote Friday,
saying that while it is impossible to eliminate all risk, the city has done its
best to mitigate risk.

“At the end of the day, we're trying to protect against any fiscal shortfalls,” Tso said.

Councilman Mike Bonin and Councilwoman Nithya Raman, who both raised concerns about the city's financial responsibility in the event of a deficit, voted no on approval of the contract.

“What we're talking about today is whether we agree with the specific details of this agreement ... it's not about whether or not we're pro- or anti-Olympics,'' said Bonin, who also noted that he voted in favor of the city's bid for the Olympics in 2017.

The Games Agreement specifies that LA28 is required to maintain insurance to protect against ``natural disasters, communicable diseases, terrorism, civil unrest, cyber-attacks, event cancellation, and coverage for reduced ticket sales and other venue losses should the events become less appealing.''

Szabo noted that the city is at less risk of running over budget because it already has sports arenas and other infrastructure in place to hold the games, meaning it will have less unexpected construction costs than
previous host cities.

While some Angelenos have raised concerns about the cost of the Olympics being put on taxpayers in the event that LA28 over-spends, the organization NOlympics L.A. also contends that the 2028 Olympics will
accelerate displacement and the militarization of police in Los Angeles at a time when many Angelenos and officials are looking at ways to decrease policing and re-imagine public safety.

Activists have cited a June 2020 neighborhood council meeting at which an LAPD officer said the department needs a 30% expansion to prepare for the Olympics.

Councilman Paul Krekorian, who chairs the city's Budget and Finance Committee, spoke before the vote about anticipated benefits of hosting a successful Olympics in Los Angeles, including:
-- job creation beginning years ahead of the games as the city undergoes construction projects and other preparations;
-- the $160 million Youth Sports Program, which launched this year, funded by LA28 to provide subsidized coaching, mentoring, and instruction for youth at Department of Recreation and Parks centers;
-- procurement opportunities for Los Angeles businesses;
-- thousands of people traveling to Los Angeles for the games and spending money at local businesses;
-- and increased tourism after the games.

The Games Agreement approved Friday also stated that LA28 would develop and implement a program to ensure that small, local, and underrepresented businesses have access and can participate in contract
opportunities with the Olympics.

However, Szabo said that while the agreement said the program will be developed, it does not give further details.

The Games Agreement also said that LA28 will work with the city to ensure that the workforce is fully representative of the diversity of Los Angeles, and the committee will develop solutions to make tickets to the games available and affordable to city residents in an equitable manner. 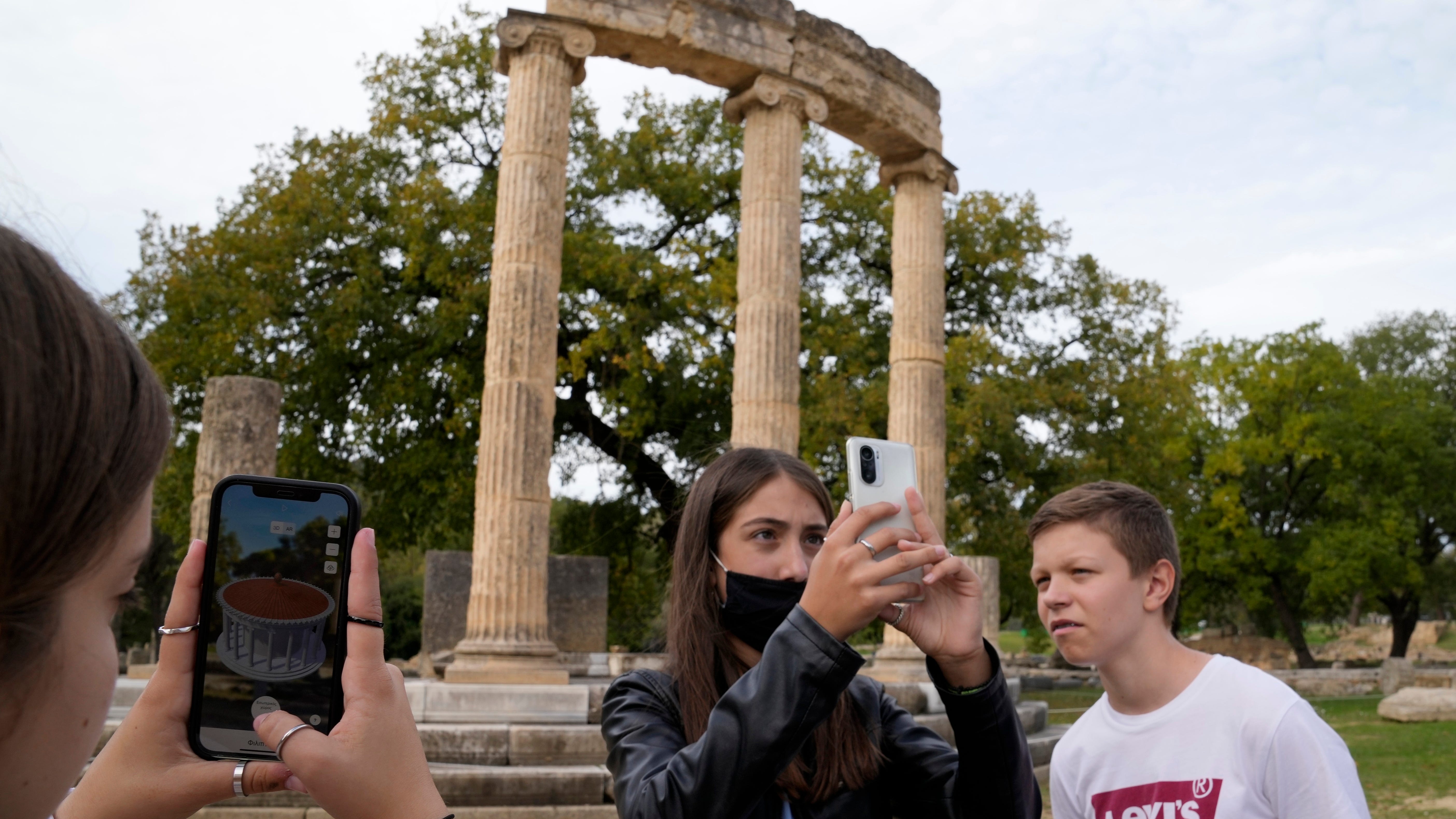