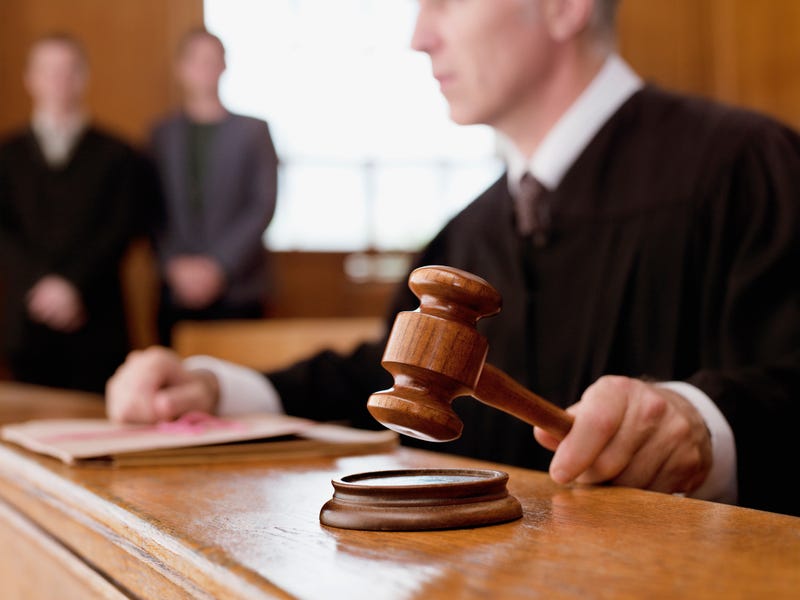 Judge Michael J. O’Gara reportedly used his personal Facebook account to join a group calling for the recall of L.A. County District Attorney George Gascón, and his Twitter account to express “partisan viewpoint[s]” critical of the Black Lives Matter movement and to "like" tweets of alleged anti-Muslim and anti-immigrant sentiment.

“The judge was an active participant in a group with more than 16,000 members, formed to oppose an elected official, giving the appearance that he endorsed the group’s stated goals and activity,” the Commission on Judicial Performance stated in its decision to impose public admonishment on O’Gara, referring to his membership in the anti-Gascón Facebook group.

O’Gara was reportedly active in this group while presiding over cases brought by Gascón’s office. On Facebook, the commission said he wrote and subsequently deleted a comment responding affirmatively to the group’s administrator, who praised some L.A. County judges for allegedly “fighting” directives enacted by the reformist D.A.’s office.

The commission also noted that O’Gara “liked a tweet by another user that suggested racial bias against people of Chinese descent,” another that “gave the appearance of opposition to immigrants” and one that “appeared to convey an anti-Muslim sentiment and gave the appearance of criticizing the First Amendment right to protest exercised by participants in [the] Women’s March.”

O’Gara deactivated his Twitter account in the wake of the commission’s decision. He has since publicly acknowledged that his activity online was “inappropriate” and removed himself from the anti-Gascón Facebook group.

Copies of the offending tweets and Facebook posts may be found in the commissions’ decision and order.

A public admonishment on O’Gara’s record could give parties who appear before him in court grounds to move for disqualifying the judge in certain cases.

Under California’s state Code of Civil Procedure, which governs court rules, parties may challenge and disqualify a judge on the basis of prejudice through what is called a peremptory challenge. A judge may be disqualified from overseeing a legal matter where it can be shown he or she is “prejudiced against a party … in the action or proceeding,” such as a party of a particular race, gender or nationality.