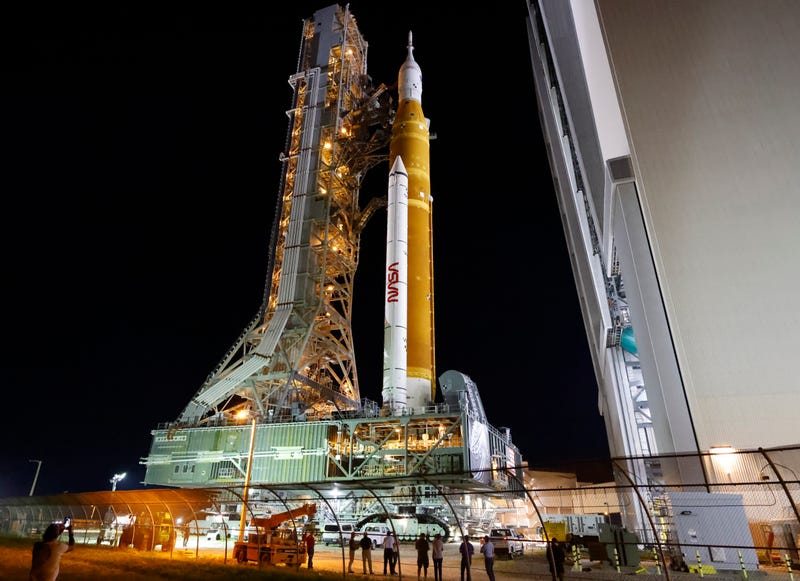 The NASA Artemis rocket with the Orion spacecraft aboard leaves the Vehicle Assembly Building moving slowly to pad 39B at the Kennedy Space Center in Cape Canaveral, Fla., Tuesday, Aug. 16, 2022. NASA is aiming for an Aug. 29 liftoff for the lunar test flight. Photo credit AP Photo/Terry Renna
By The Associated Press

The 322-foot (98-meter) rocket emerged from its mammoth hangar late Tuesday night, drawing crowds of Kennedy Space Center workers, many of whom were not yet born when NASA sent astronauts to the moon a half-century ago. It took nearly 10 hours for the rocket to make the four-mile trip to the pad, pulling up at sunrise.

NASA is aiming for an Aug. 29 liftoff for the lunar test flight. No one will be inside the crew capsule atop the rocket, just three mannequins swarming with sensors to measure radiation and vibration.

The capsule will fly around the moon in a distant orbit for a couple weeks, before heading back for a splashdown in the Pacific. The entire flight should last six weeks.

The flight is the first moonshot in NASA's Artemis program. The space agency is aiming for a lunar-orbiting flight with astronauts in two years and a lunar landing by a human crew as early as 2025. That's much later than NASA anticipated when it established the program more than a decade ago, as the space shuttle fleet retired. The years of delays have added billions of dollars to the cost.

NASA's new SLS moon rocket, short for Space Launch System, is 41 feet (12 meters) shorter than the Saturn V rockets used during Apollo a half-century ago. But it's more powerful, using a core stage and twin strap-on boosters, similar to the ones used for the space shuttles.

“When you look at the rocket, it almost looks retro. It looks like we’re looking back toward the Saturn V," NASA Administrator Bill Nelson told reporters earlier this month. "But it’s a totally different, new, highly sophisticated, more sophisticated rocket and spacecraft.”

Twenty-four astronauts flew to the moon during Apollo, with 12 of them landing on it from 1969 through 1972. The space agency wants a more diverse team and more sustained effort under Artemis, named after Apollo's mythological twin sister.

“I want to underscore that this is a test flight," Nelson said. “It's just the beginning.”

This was the rocket's third trip to the pad. A countdown test in April was marred by fuel leaks and other equipment trouble, forcing NASA to return the rocket to the hangar for repairs. The dress rehearsal was repeated at the pad in June, with improved results. 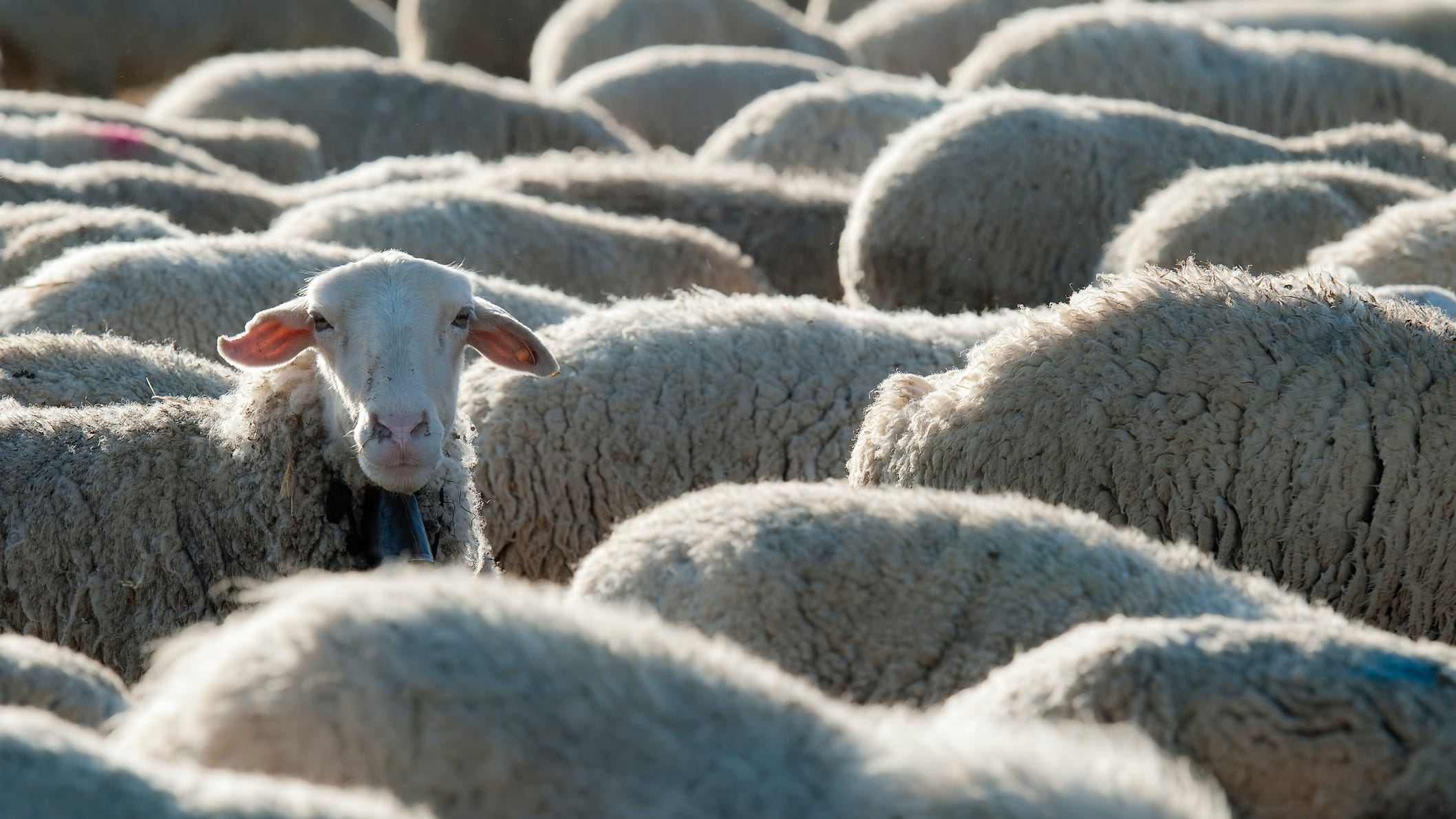 How bits of a SpaceX rocket fell on a sheep farm 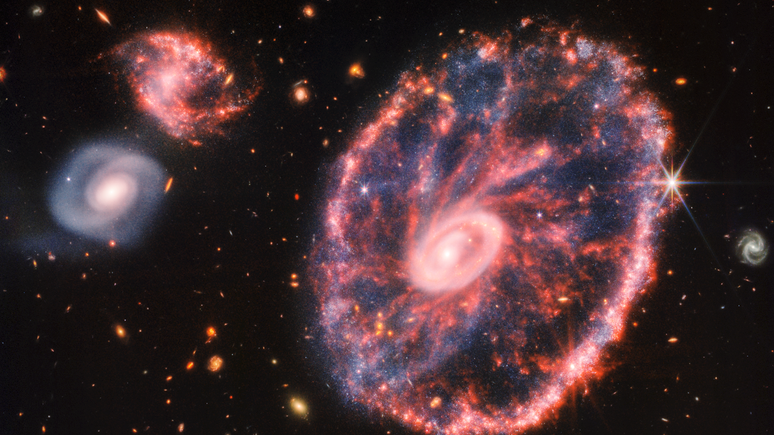 Cartwheel Galaxy revealed in dramatic detail for the 1st time 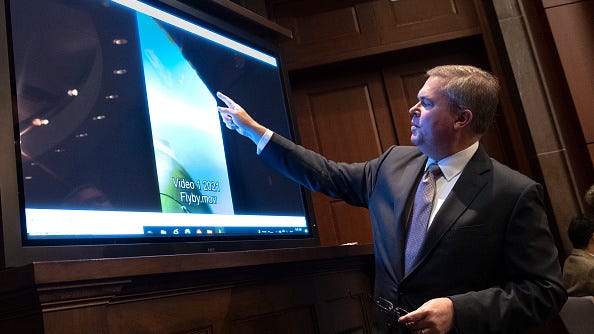