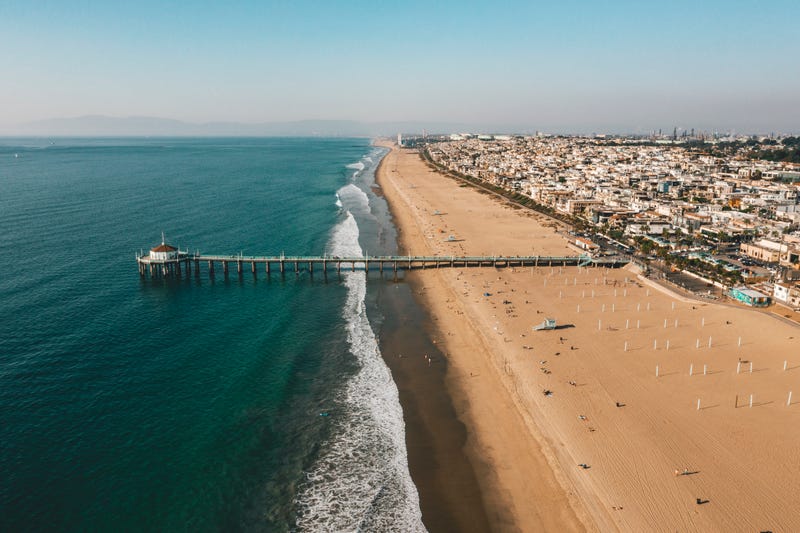 Gov. Gavin Newsom signed a bill Thursday that would allow Los Angeles County to return a piece of Manhattan Beach coastline to the descendants of a Black family that owned it nearly a century ago.

A celebration after #GovernorGavinNewsom signs a bill, which will help facilitate the return of a valuable piece of property to descendants of the Bruce family. Activists, lawmakers and others say the parcel was actually stolen from the couple more than a century ago. @KNX1070 pic.twitter.com/14KkPMnOSD

Bruce's Beach was seized by city officials in 1924 through eminent domain. The pretense was to build a city park. However, over the decades, it came to light that confiscation of the property was primarily motivated by racism.

Willa and Charles Bruce purchased the beachfront property in 1912 and built a resort catering to Black tourists, who at the time had access to few beaches and hotels dotting the California coast.

The resort was a success, which drew the ire of certain elements of Manhattan Beach's white population. Resort buildings and the vehicles of Black visitors were vandalized. In 1920, the Ku Klux Klan launched an attack on the property.

The Bruces continued to operate the resort in the face of local opposition until city officials condemned and seized the property.

"As governor of California, let me do what apparently Manhattan Beach is unwilling to do, and I want to apologize to the Bruce family for the injustice that was done to them a century ago," Newsom said to cheers from the crowd gathered for a ceremony in honor of the signing not far from the property.

"I say that as a proud Californian but also mindful that we always haven't had a proud past," he said.