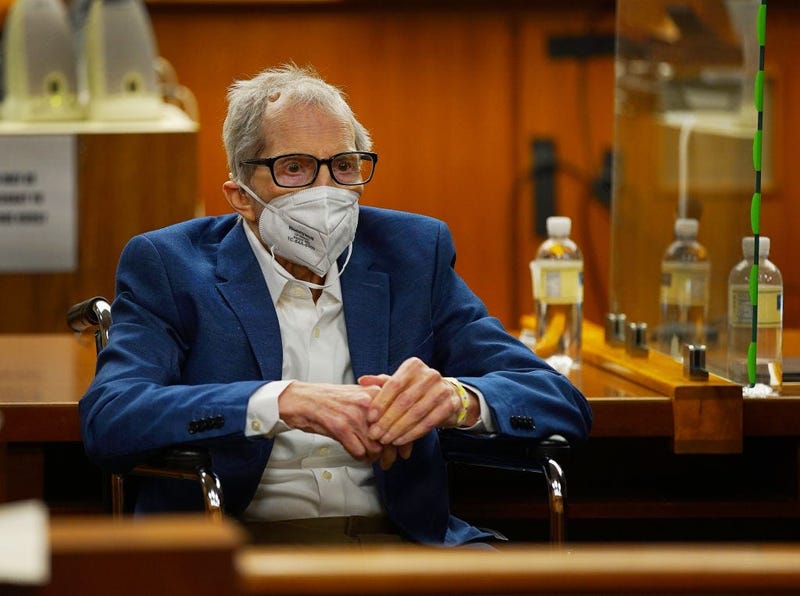 The verdict came down Friday afternoon following seven and a half hours of deliberation over the course of three days.

Seventy-eight-year-old Durst was reportedly not in court to hear the verdict as he was in isolation due a COVID-19 exposure, according to City News Service.

Prosecutors argued that Durst killed Berman on Christmas Eve, 2000 because she was going to talk to New York police about what she knew regarding the disappearance and suspected killing of Durst's wife in 1982. Durst pleaded not guilty to Berman's murder and said he wasn't involved in his wife's disappearance.

Durst was a the subject of a 2015 HBO docuseries entitled "The Jinx: The Life and Deaths of Robert Durst."

He could face a maximum of life in prison without parole.