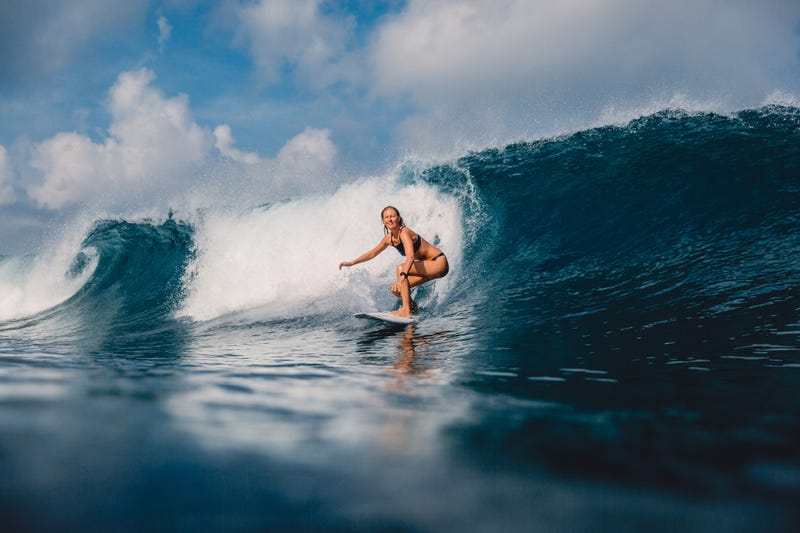 A shark was sighted off the coast of Lower Trestles beach in San Clemente on Tuesday. The predator showed up in the middle of the second heat of the World Surf League finals.

The shark was believed to be a six-to-eight foot-long great white.

Two surfers in the water, Felipe Toledo and Gabriel Medina, both of Brazil, were pulled from the water by contest administrators patrolling the waters in boats. The shallows were cleared of people and the contest paused. There were 18 minutes left in the heat when the shark was spotted, according to The Orange County Register.

After 15 minutes, an announcer said the shark had departed the area and the contest resumed. Medina won the heat and took home his third world championship title.

Another shark sighting was reported just before the women's final heat. The contest was once again paused before Tatiana West Webb of Brazil and Carissa Moore of Hawaii could face off on the waves.