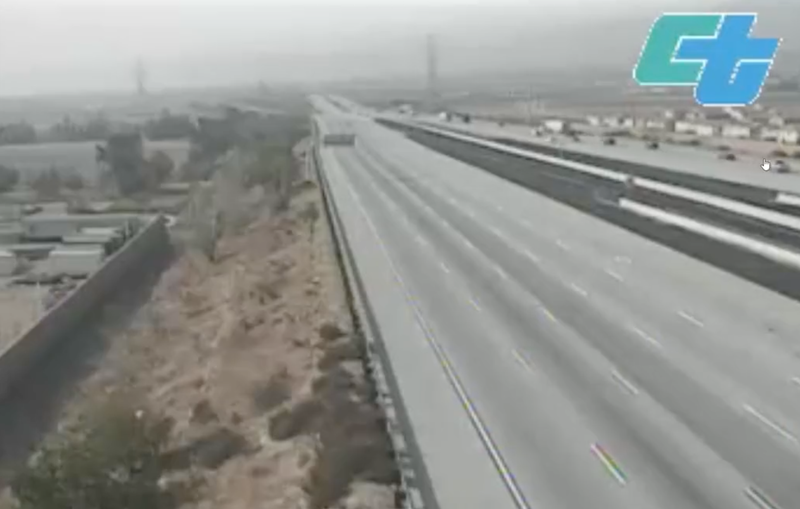 All eastbound lanes of the 210 freeway in Fontana were closed Monday, Dec. 6 following the discovery of a small explosive device, according to the Fontana Police Department. Photo credit Cal Trans
By Marie Estrada, KNX 1070 Newsradio

FONTANA, Calif. (KNX) — A small explosive device was the cause behind a major shutdown on SR- 210 Monday, according to the Fontana Police Department.

The freeway closure began around noon, after the explosive device was found on Knox Avenue, just north of South Highland Avenue in Fontana, police said.

Lanes began to reopen following the arrival of deputies with the San Bernardino Sheriff's Office Bomb Squad, who detonated the device, accordin got Sgt. Christian Surgent with Fontana Police.

Surgent said there is no further information about how the explosive came to be there or who it was put there by.