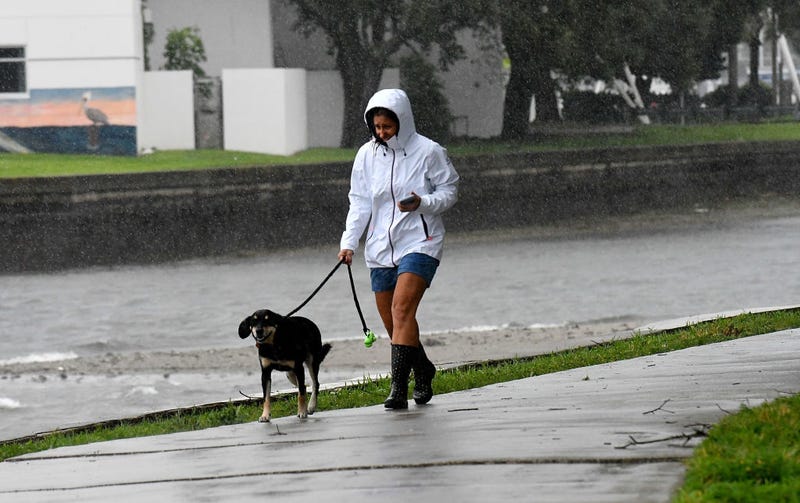 A local resident walks her dog in the rain and wind at the bay of Saint Petersburg as Hurricane Ian approaches on September 28, 2022 in St. Petersburg, Florida. Ian is hitting the area as a Category 4 hurricane. Photo credit (Photo by Gerardo Mora/Getty Images)
By Lauren Barry

For many of us, hearing that a huge storm like Hurricane Ian might be headed in our direction would lead us to pack up our things and run as far from the storm as possible.

However, some people in the path of the hurricane decided to stay put. Why?

People talked to a variety of outlets this week about why they decided to stay and weather the storm, even as more than 2 million people were under mandatory evacuation orders, according to CBS News.

“I’m a wildlife rehabilitator and I care for a feral cat colony in my backyard,” Sharon Charles told NPR. Charles said they cares for 20 pets and that most evacuation shelters would not accept the animals.

NPR said others cited their disabilities as an evacuation challenge.

“You know how many times I heard them say evacuate?” he said. “And guess what I do: Look at them like they’ve lost their mind.”

Poole didn’t even have boards on his doors as the hurricane drew near, said The Post. What he did have were freezers stocked with food, reusable ice packs, tanks of potable water, flashlights, first-aid kits and two radios.

“You know what people don’t understand is wherever you choose to live, that’s how you have to live. Like all these rich folks want their Benzes and Bentleys but want to stay around water,” Poole said.

Rafael Baca, who lives near Poole, put plywood over his home’s windows.

“With a little bit of rain, all this street gets flooded. It gets bad,” he explained. “Now with this big storm coming, who knows how deep it might get.”

Baca said his family discussed leaving but decided to stay because they could not afford to evacuate.

Jim Farrell, a retired meteorologist in Cape Coral, Fla., said he felt comfortable staying put because he had selected a home on high ground, said The New York Times.

“It would take the end-of-the-world type of hurricane to chase me out of here,” said Farrell. “I specially picked this condo because it’s at the highest elevation point in Cape Coral.”

In Hillsborough County, Sheriff's Office Deputy Amanda Calderon said even though the county is under mandatory evacuations, people still refused to leave. She was worried that those who stayed would not be able to get emergency help, according to CBS News.

“If it becomes a danger to us, they don't want to risk us getting hurt out there,” Calderon said.

Although Hurricane Ian was downgraded to a Category 3 storm Wednesday, according to the Orlando Sentinel, it was still expected to have a significant impact in many areas of Florida. 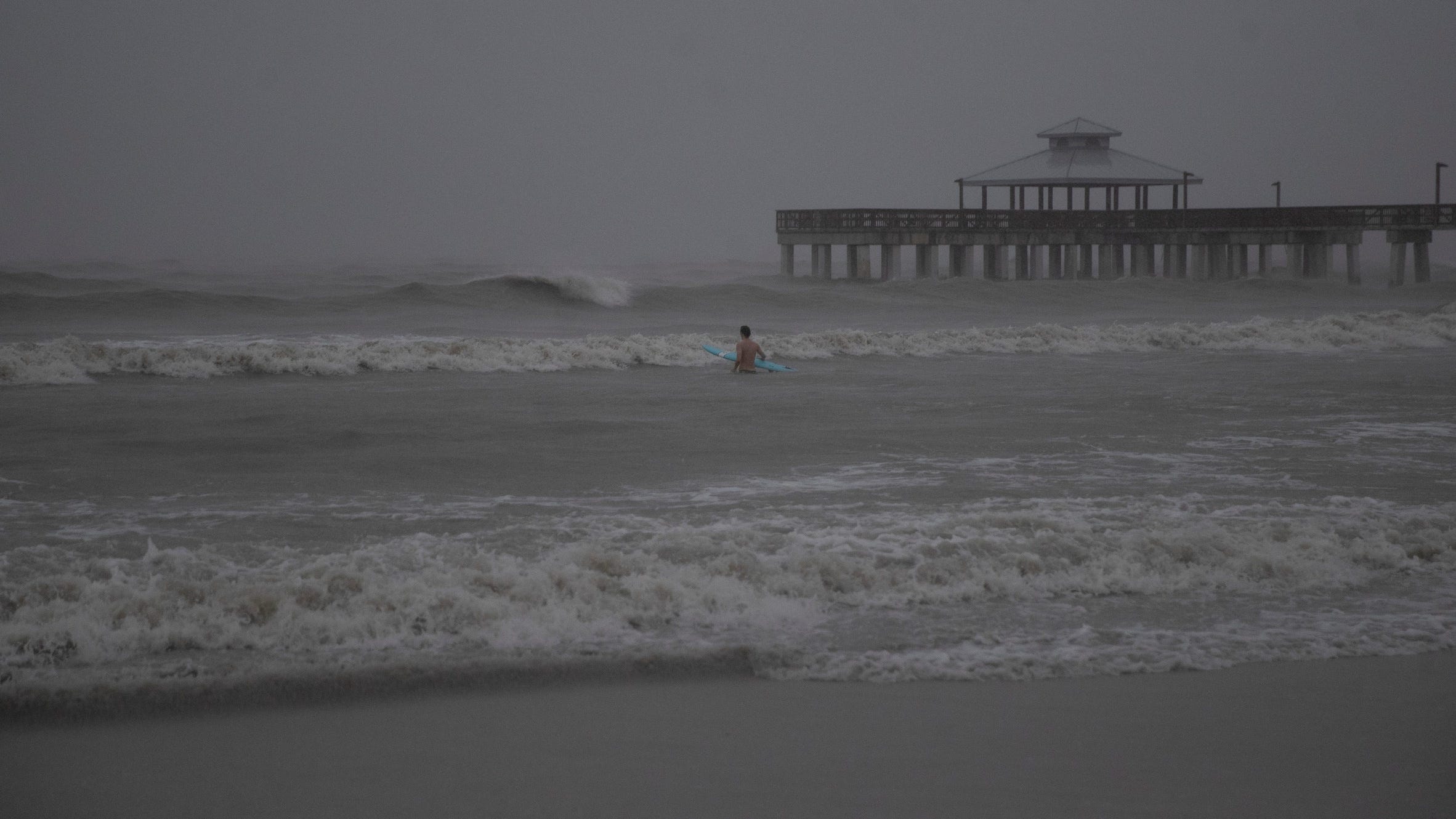 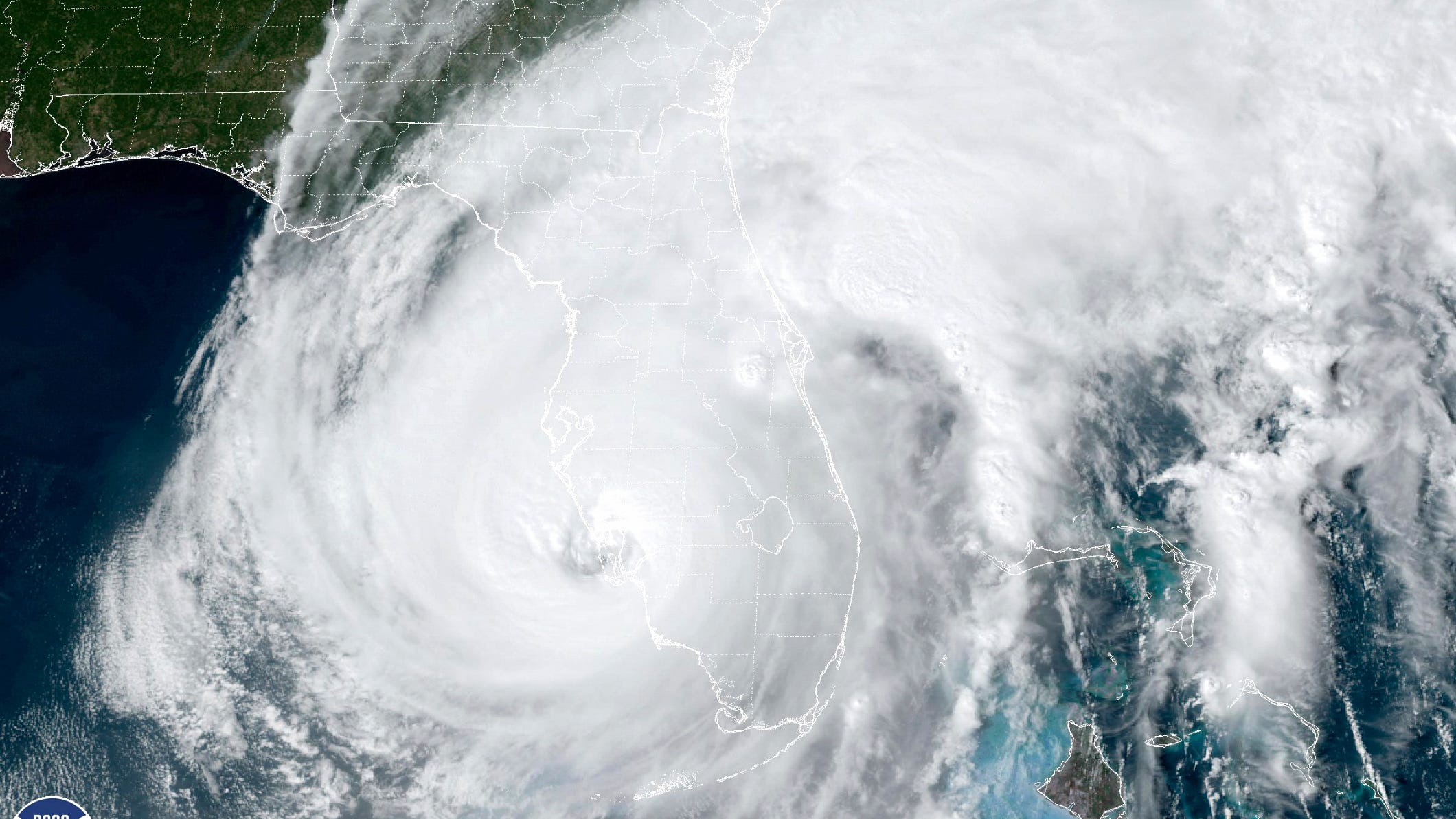