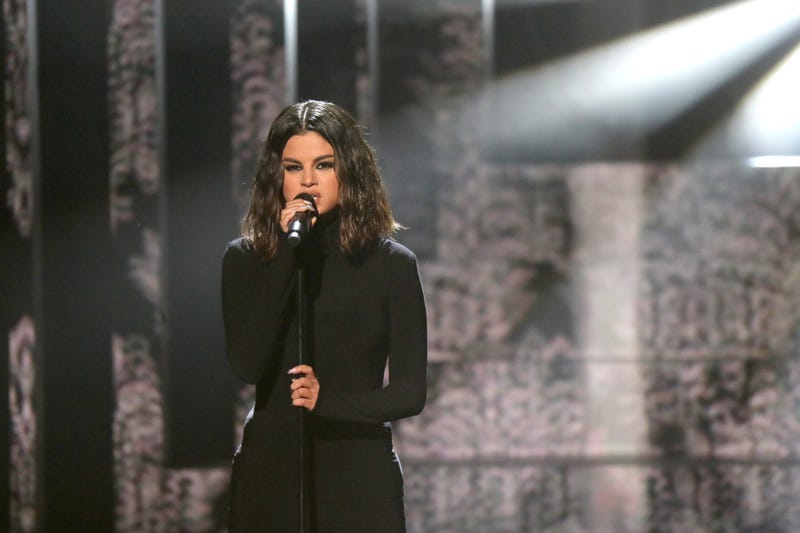 Taylor Swift and Billie Eilish ruled the 2019 American Music Awards, simultaneously showing the future of music and one of the strongest legacies of the new millennium. 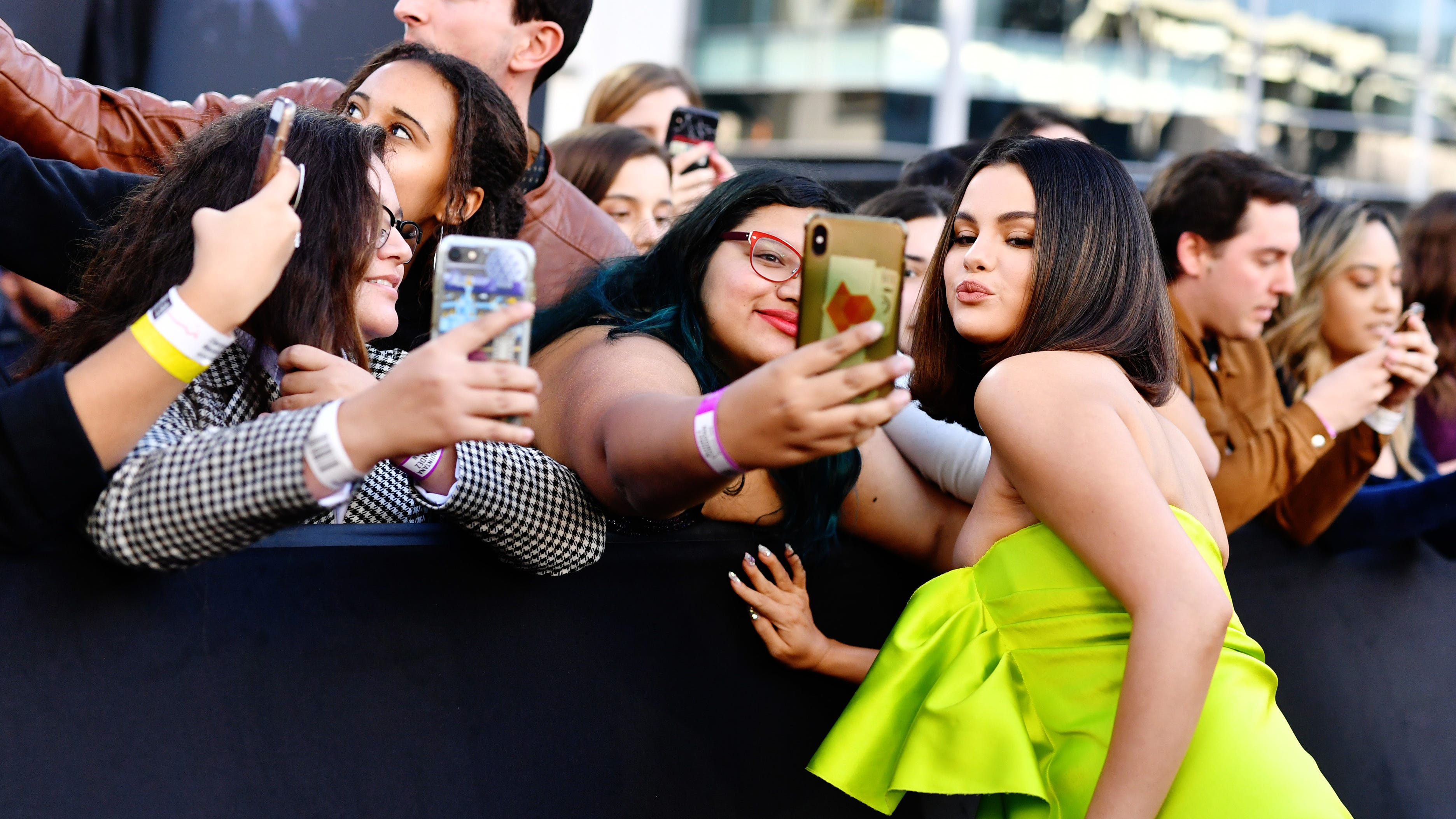 The Best Red Carpet Looks From the 2019 AMAs

From one triumphant return to another, and an Eskimo kiss in between, these are our favorite moments from the 2019 American Music Awards. 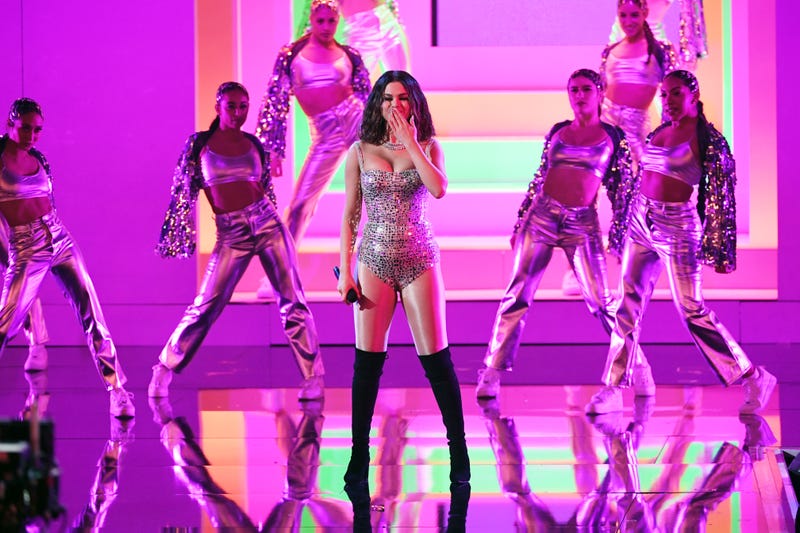 Selena Gomez started the evening with a stark black and white performance of "Lose You To Love Me." With sadness under sparkling eyes and her vulnerable voice soaring, Gomez offered a beautiful beginning to the AMAs. And then the color came in. Taylor Swift lost her cool and Selena lost her outfit, opting for a mirrorball jumpsuit as the brightness burst into "Look At Her Now." What a welcome back. 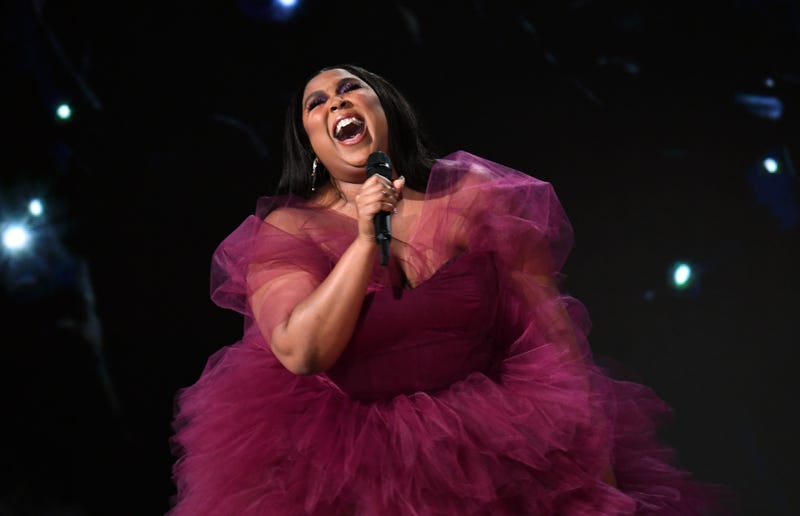 “This light represents the love that you have for yourself, so shine bright and let their a** know,” commanded Lizzo as lights flickered around the theater. The singer rolled out "Jerome," trading in her wedding dress for flowing and flowering fuchsia prom vibes. Alone on stage, Lizzo was spinning and soaring, thrilling down to the very last scream 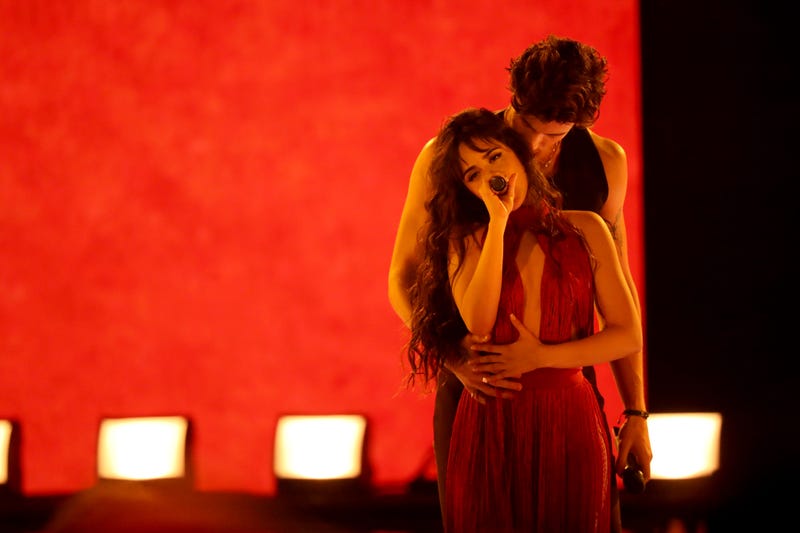 Similar and just as sultry as their VMAs duet earlier in the year, Camila and Shawn somehow managed to be more intimate and comfortable a few months later. Still punctuated with an Eskimo kiss, but we'll take it. Later Cabello returned for her own heavenly performance of “Living Proof.” From the clouds into a living garden, Camila toured the aesthetics of her upcoming 'Romance' project, eventually setting the room on fire in a fit of lust and love. 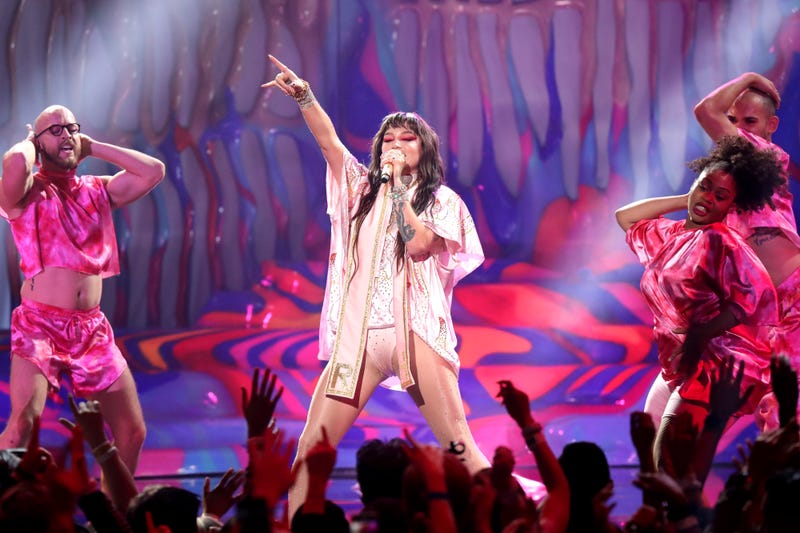 “Welcome to our Sunday Service,” Kesha declared before the first notes of her song "Raising Hell" hit. With dripping stained glass windows behind her congregation of dancers, and Big Freedia bringing the bounce, it would have been plenty. But Kesha was no pants all party at the 2019 AMAs, bringing back the modern classic "Tik Tok" as the room erupted in a sing-a-long. The party didn't really start until she walked in, as per usual. 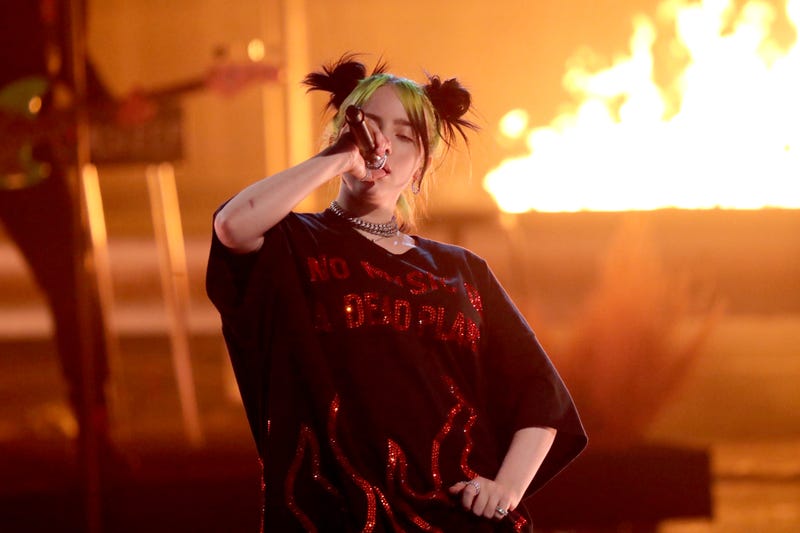 Billie Eilish is on Fire

What a huge night for Billie Eilish, who made her presence felt from the very beginning of the night. A big winner throughout, it's her flaming performance and her continuing message on climate change that was the brightest spot. With explosions on que with the kick of her leg, the young star was commanding even as she sang softly, wearing a shirt that read, "no music on a dead planet." 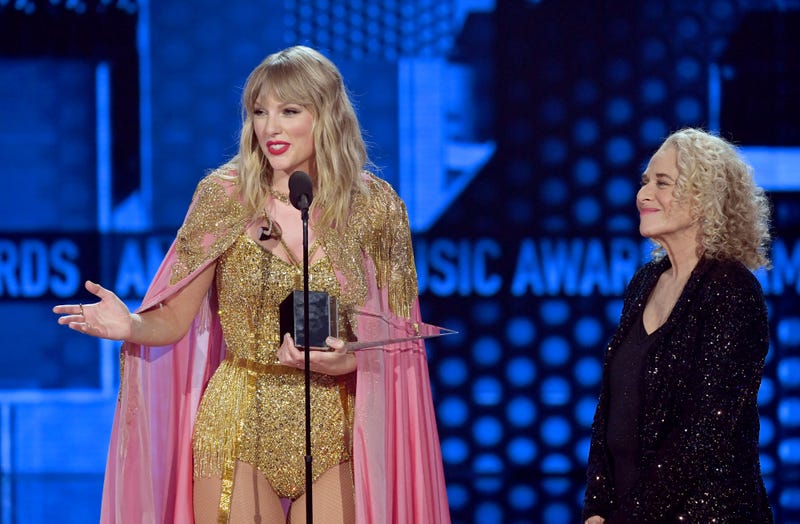 Artist of the Decade: Taylor Swift

“All that matters to me is the memories that I’ve had with you guys, with the fans over the years,” Taylor Swift said as she accepted her ‘Artist of the Decade’ award, presented to her by Carole King. In true Taylor fashion, it also felt like an honor for the legendary artist beside her, explaining her that her music “transcended phases and changes in people’s lives. You taught me that that’s a possibility.”

As for the performance, it truly was career spanning, starting with an empowering crew of young girls dancing. Her set ran through her catalog, stopping at various touchstones throughout her career as generations sang along in the crowd. Capped off by a performance of “Shake It Off” with Halsey and Camila Cabello by her side and a tender take on her song “Lover,” it was an impressive tour through a still-young but outstanding career. “Thank you for being the reason why I am on this stage,” Swift added.

Later, she would also win ‘Artist of the Year,’ proving that there’s so much more to come. 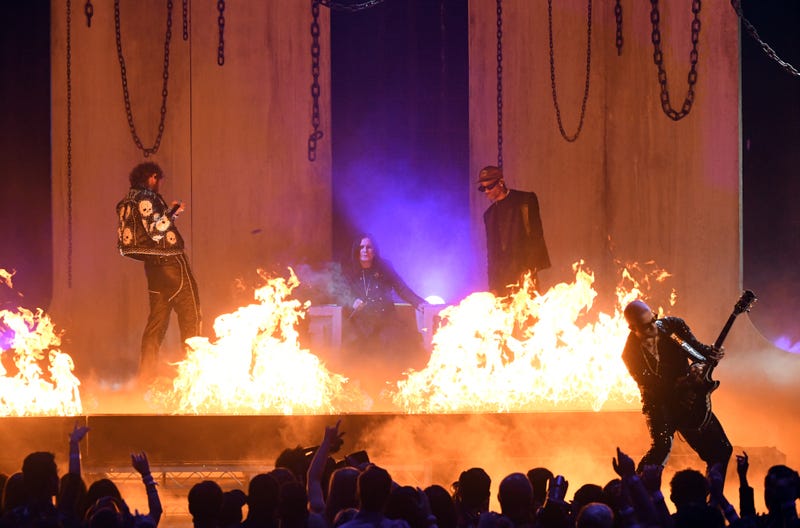 Everything was a touch off as Post Malone, Ozzy Osbourne, and Travis Scott took the stage for "Take What You Want," but it still managed to be one of the most enjoyable moments of the night. First, Ozzy is back and is still delightful - an amazing performer and the only Prince of Darkness who can wave along as the flames rise around him. Add in some menacing Travis Scott, some throat-shredding vocals from Posty, and a good old-fashioned guitar solo and we count it as a win. So did Carrie Underwood, who sang along to every word.

You can find the full list of winners from the 2019 American Music Awards here.