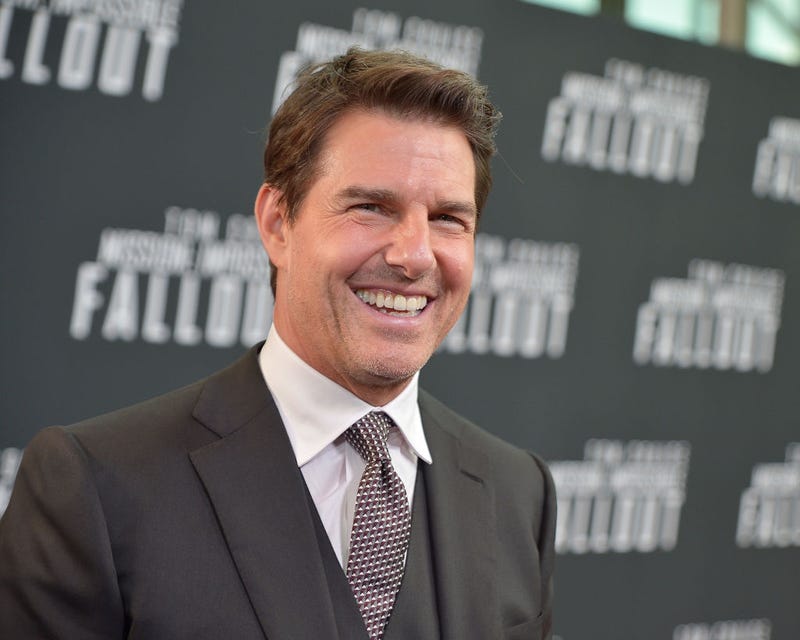 Space travel has inspired the entertainment industry for years, but Tom Cruise is ready to take it to the next level.

The actor is ready to go up, up, and away for his next film.

Cruise is working with Space Entertainment Enterprise, a company that plans to launch a TV and film studio amongst the stars. CNBC reports that the company's cofounders, Elena and Dmitry Lesnevsky, contracted Axiom to build the module called SEE-1.

It will be attached to the Axiom Station, a commercial space station set to attach to the ISS on September 2024 before separating from it in 2028 to create a free-flying station, NME reports.

According to Space Entertainment Enterprise, the interstellar film studio will be ready to go by December 2024.

“Adding a dedicated entertainment venue to Axiom Station’s commercial capabilities in the form of SEE-1 will expand the station’s utility as a platform for a global user base and highlight the range of opportunities the new space economy offers,” Axiom president and CEO Michael Suffredini said in a statement.

With the recent trend of billionaires and celebrities traveling to the edge of space, it’s no surprise that Cruise, who is known for filming many of his own dangerous stunts, decided to take things a step further. And though he hasn't commented on the ambitious plans, in 2020, NASA Administrator Jim Bridenstine confirmed in a tweet that his agency is working with the actor for a movie that will be filmed on board the International Space Station. However, little is known about Cruise's upcoming film, including how much it'll cost.

On track to becoming “the world’s ﬁrst content and entertainment studios and multipurpose arena in space," once launched, the Space Entertainment Enterprise's multi-use low-orbit micro-gravity environment module will be able to host films, television, music and sports events, along with artists, producers and creatives who want to produce content directly from space.

“It will provide a unique, and accessible home for boundless entertainment possibilities in a venue packed with innovative infrastructure which will unleash a new world of creativity,” said Dmitry and Elena.

They added: “With worldwide leader Axiom Space building this cutting-edge, revolutionary facility, SEE-1 will provide not only the first, but also the supreme quality space structure enabling the expansion of the two trillion-dollar global entertainment industry into low-Earth orbit.”