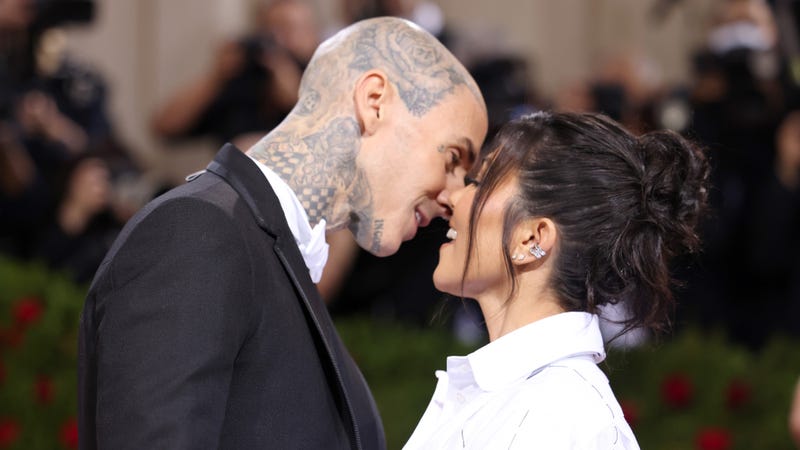 Though Kourtney Kardashian and Travis Barker did have themselves three weddings, they only had one epic reception.

The newlyweds, who had a Vegas practice run in April, then legally married in Santa Barbara a couple short weeks ago, have now just once again tied the knot in front of their family and friends in Portifino, Italy over the weekend.

In addition to the impressive guest list, that included one of Barker’s besties, Machine Gun Kelly, Andrea Bocelli and his son Matteo were invited to serenade the wedding guests at the start of the reception. Performing their father-and-son rendition of Elvis Presley’s “Can't Help Falling In Love,” as the newlyweds danced (probably not) their first dance as husband and wife. The enchanting moment was of course captured by Kim, who shared it on her IG story for all to see.

Afterwards, Kourt changed out her astonishing white mini Dolce & Gabbana wedding dress, which for the ceremony she wore with a dramatically long train, opting for a lacy little black number for the remainder of the reception which was of course jam packed with good times and lots and lots of dancing. As reported by Page Six, DJ Cassidy emceed the festivities from midnight to 3AM, playing everything from Blink-182’s “All the Small Things” to Cyndi Lauper’s “Girls Just Wanna Have Fun.” And at one point even handed over the mic to MGK, to sing “Bloody Valentine.”

For a glimpse into the joyous night check out this clip, courtesy of North West’s TikTok.