Wake up to BOB and TOM mornings on KFH !
By Lou DiPietro

Jesse Winker has been a villain to Mets fans since he was a Cincinnati Red, thanks to a pair of plays in a 2019 series at Citi Field – a go-ahead homer and a game-ending sliding catch – that saw him wave to the fans as the games ended in Cincy’s favor.

Ironically, the deal that sent Winker from Cincinnati to Seattle this offseason included Justin Dunn – the righty the Mets sent to the Mariners as part of the Robinson Cano/Edwin Diaz deal – and while neither Cano (released) nor Jarred Kelenic (demoted to AAA Friday) were active for this weekend’s Mets-Mariners series, there was Winker in all his glory, getting a chance to come back to Queens that he may not get again for a few years.

Winker almost did it again on Saturday, smashing a three-run homer that tied the game at 4-4 in the seventh. However, the Mets got the penultimate laugh with Patrick Mazeika’s go-ahead homer later that inning, and Diaz – who surrendered the homer to Winker in that 2019 series – got the last laugh by striking out Winker in the ninth to preserve the win.

“He came out on top and they got to send me off with a wave.
It’s kind of perfect how it works,” Winker said after the game. “You’ve got to love baseball. It’s poetry. It’s beautiful. For that little game in May, it was perfect. For their side, it’s probably exactly how they wanted to close it.”

Here’s the thing about the ‘rivalry’ though: no matter how Mets fans feel about it – based on their chants, jeers, and signs, strongly is the right word – Winker says it’s all in good fun, and he actually loves the Mets’ fan base.

“I'm gonna be honest with you, I love them. They are an amazing group of people. They are very passionate about their team and their city,” Winker said. “I can understand the passion and I respect it. This thing we've got going on is special. They’re fun.” 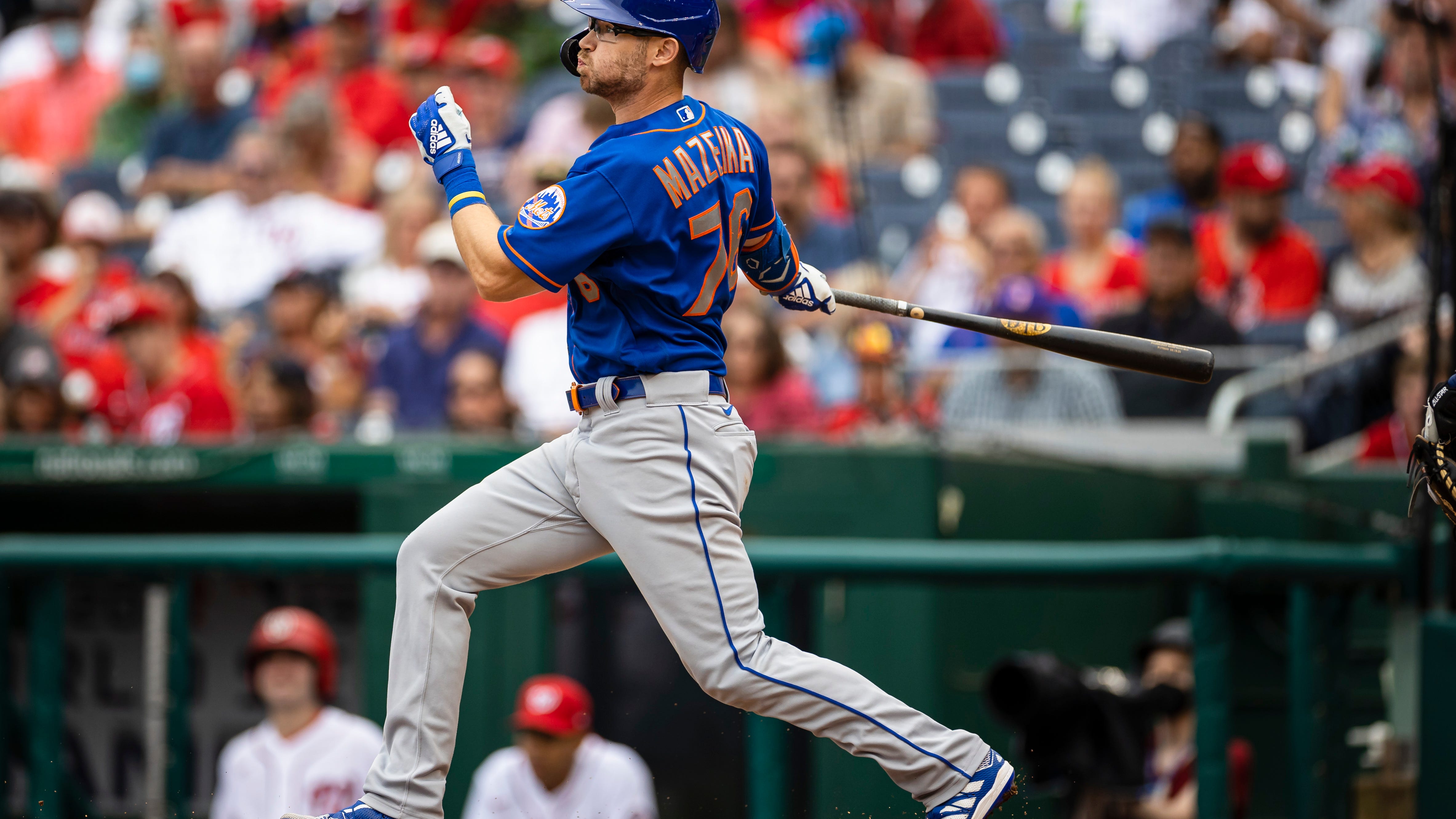 Patrick Mazeika on game-winning homer: 'I finally got one out of the infield'

Winker was born and partially raised in Buffalo and is a big Bills fan, so being part of “Bills Mafia,” he understands that passion.

The Mets may not host the Mariners at Citi Field again for a few years, so unless Winker ends up on the move again at some point, Sunday’s series finale may be the last chance he has to “have fun” with the 7 Line Army and the rest of the Citi Field faithful, and may be the final chance he has to etch his name alongside Chipper Jones, Chase Utley, and other infamous villains to the fan base.

Fine with Buck Showalter, who doesn’t think about, and doesn’t seem to care for, Winker’s antics.

“I don’t really give that much thought one way or the other, just trying to get him out,” Showalter said prior to Sunday’s game. “However someone else’s players decide to go about their business or present themselves is their business. A long time ago, I learned that you can look down the dugout when something happens and see how it affects the guys – and if it’s important to them, it’s important to me.”