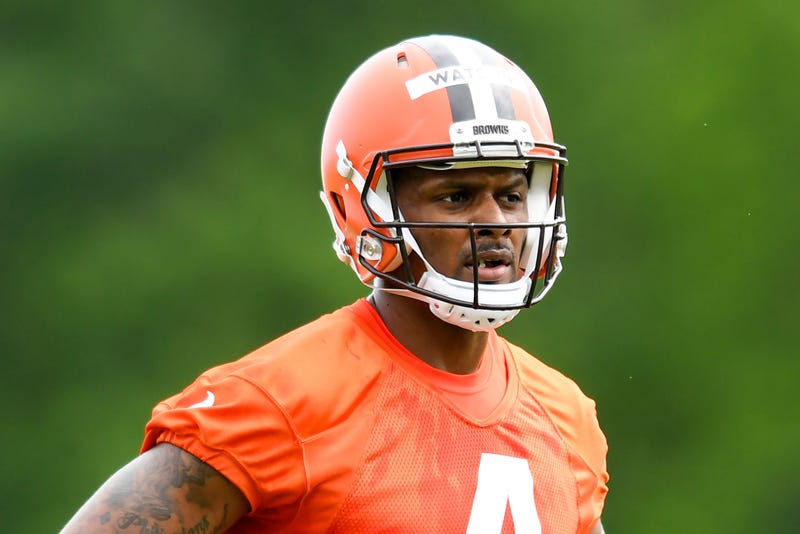 Cleveland Browns quarterback Deshaun Watson, who's faced accusations of sexual assault and misconduct during massage sessions from more than two dozen women, remains subject to possible discipline from the NFL, following its investigation into whether he breached the NFL's personal-conduct policy. And his disciplinary hearing -- before retired federal judge Sue. L Robinson --will continue on Thursday, with an end date yet to be determined.

Although Watson won't face criminal charges for these allegations -- a second Texas grand jury declined to indict him in March -- the Pro Bowl signal-caller is facing a potentially significant suspension. According to multiple reports, NFL officials are arguing for an indefinite ban of at least one year, with Watson then applying for reinstatement after the 2022 season. Through the entire process, Watson has maintained his innocence, and NFL commissioner Roger Goodell would ultimately decide a punishment if Robinson concludes it's warranted.

"There could be a procedural issue here," CBS Sports NFL reporter Jonathan Jones told the Reiter Than You show on Thursday. "Judge Robinson may very well find the NFLPA's argument very persuasive, that previous owners haven't been held to the same policy as you're holding a player to. She also may find no violation of the policy happened whatsoever. I don't know that. Whichever way it goes, I do feel pretty comfortable saying, this'll either be a 100-percent win for Watson -- which I do feel is unlikely -- or it'll be a 100-percent defeat.

"There was a report out there a day or two ago that said the NFL might be OK with a six to eight-game suspension. And I don't think that's true. Whether the NFL absolutely feels this way, or the optics are such, they want at least a year-long suspension. I'm not sure they're just going to stop once there's a speed-bump for them when the process already benefits them once a ruling's made, that he did violate the personal-conduct policy. It's either going to be a total win or total defeat. I really don't think there's going to be any in-between."

The entire football conversation between Jones and Reiter can be accessed in the audio player above.