Aaron Rodgers has been decidedly noncommittal about what the future holds for him in Green Bay, suggesting he’d be open to a trade elsewhere if it put him in position to win another Super Bowl. “I think I can win MVP again in the right situation,” Rodgers said during his weekly segment on The Pat McAfee Show last Tuesday. “Is that in Green Bay or somewhere else? I’m not sure, but I don’t think that you should shut down any opportunity.”

"I think I can win MVP again in the right situation.. is that Green Bay or somewhere else, I'm not sure and there's more conversations to be had"@AaronRodgers12 dives into the possibility of playing a 19th season #PMSLive pic.twitter.com/cMjcPKFs5Z

It's a telling quote, particularly after the Packers spent an arm and a leg to keep him in Green Bay last offseason, signing him to the richest contract ($50 million AAV) in league history. But apparently that still wasn’t good enough, unless this is all posturing, a negotiating ploy to ensure Rodgers another hefty raise (not that he necessarily earned it with his play last season) or at least pressure the Packers into improving his supporting cast through free agency or a blockbuster trade.

It’s hard to tell whether Rodgers is seriously contemplating a change of scenery or taking us all for a ride, dominating the news cycle just as he has in previous offseasons with his cryptic interviews and leaks to anonymous sources, baiting the media into reporting his every move. Rodgers’ master plan should be apparent soon enough, though according to Peter King, the Packers have already set their price, seeking, at minimum, two first-round picks. That’s pretty steep for a 39-year-old coming off a career-worst season, though King suspects at least one team would be willing to meet that exorbitant cost.

“Woody Johnson’s Jets, desperate for a star QB almost since the Broadway Joe days, would happily pay that freight,” opined King in his latest Football in America column for NBC Sports. “But would Rodgers accept a deal to the Jets? We shall see.”

The #Packers will want at least two 1st round picks in a trade for QB Aaron Rodgers, Peter King shares in his column.

King adds that #Jets owner Woody Johnson would happily pay that price. The question remains if Rodgers even wants to play for NY. pic.twitter.com/BO7UHPpOGM

King is merely speculating, though Rodgers certainly makes sense for a team that sees itself as “a quarterback away” from being a legitimate AFC contender. New York boasted one of the league’s top defenses this past season but were plagued by inconsistent quarterback play from former second overall pick Zach Wilson, ultimately finishing the year on a six-game losing streak.

Even with Rodgers in decline, he’d still be a massive upgrade on Wilson, who, through two wholly underwhelming seasons, has not resembled anything close to a franchise quarterback. It’s worth mentioning the Jets are considering adding Nathaniel Hackett to their coaching staff, recently interviewing him for the vacancy left by fired OC Mike LaFleur. Hackett, of course, was Rodgers’ offensive coordinator when he won MVP in 2021.

If designated as a post-June 1st trade, the Packers could spread his $40.3-million cap hit over two seasons ($15.8 million in 2023, $24.48 million in 2024), though paying the full amount now would arguably make more sense, with Jordan Love potentially entering the final year of his rookie contract. King notes that Rodgers could also be of interest to the Raiders (where he’d be reunited with former teammate Davante Adams) and Seahawks, with the latter holding four top-55 selections (Nos. 5, 20, 38 and 53) in the upcoming draft. There’s a lot to be sorted out between now and the start of free agency in March, though if Rodgers is indeed traded, don’t be surprised if he lands in the Big Apple. 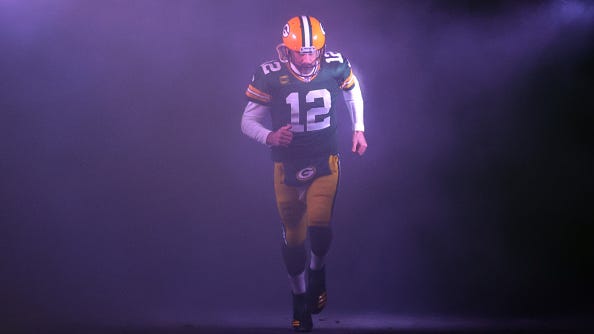 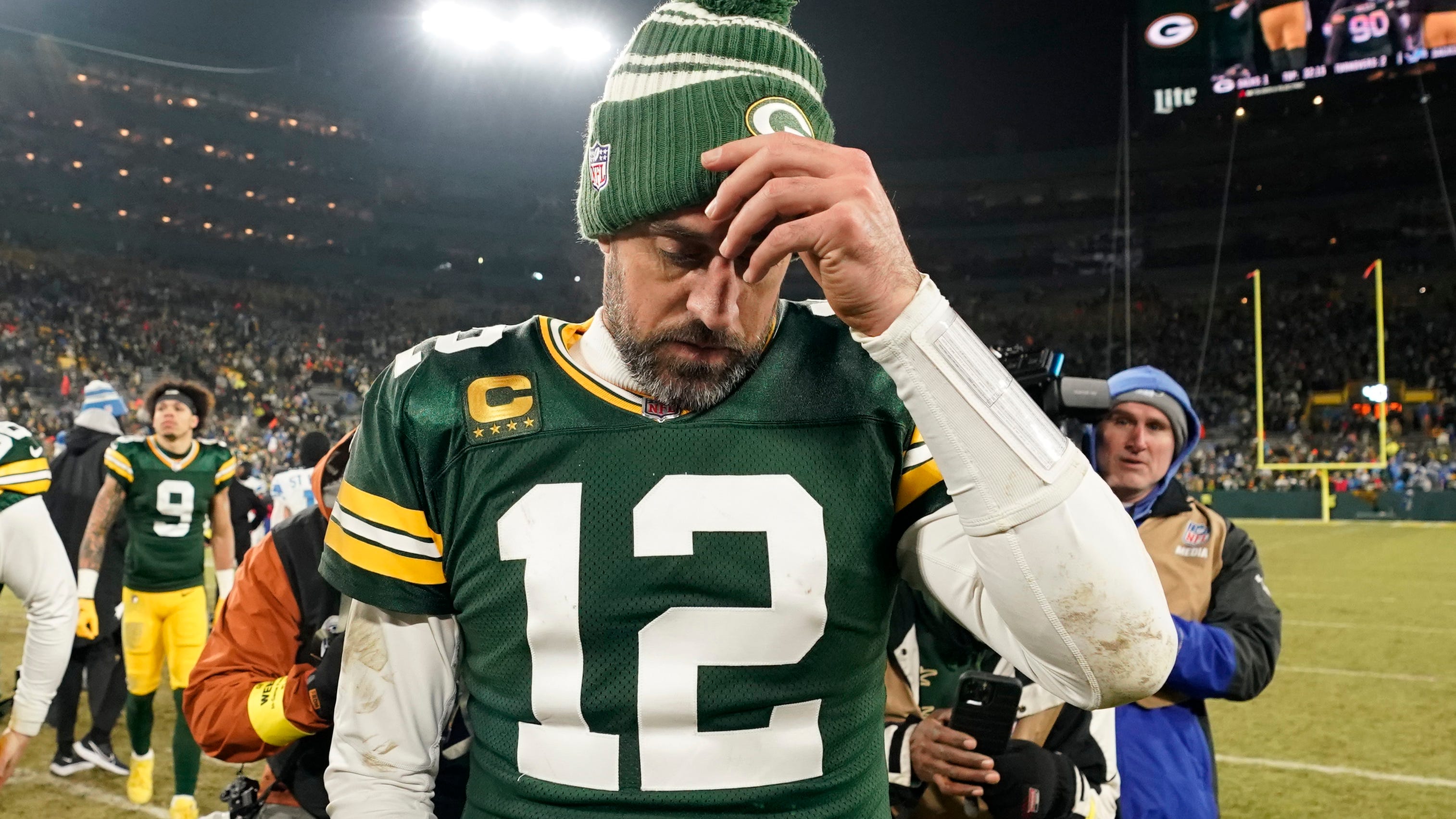