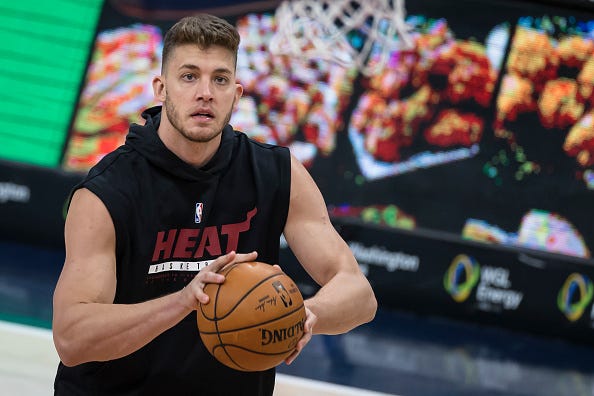 Veteran big-man Meyers Leonard's NBA future may be in jeopardy after a video surfaced of the 29-year-old using an anti-Semitic slur on a Twitch stream of him playing "Call of Duty."

In a video that you can watch here, Leonard appears to use the K word in response to someone that he was playing against. WARNING: Viewer discretion is advised.

Leonard issued an apology via Instagram, claiming that he did not know the meaning of the anti-Semitic slur when he said it.

NBA spokesman Mike Bass said that the league is gathering more information about the incident, and a Miami Heat team spokesman said that their organization is reviewing the video as well.

Statement from NBA spokesman Mike Bass on Miami’s Meyers Leonard using an anti-Semitic slur on a Twitch video-game stream: “We just became aware of the video and are in the process of gathering more information. The NBA unequivocally condemns all forms of hate speech.”

FaZe Clan, a massive popular esports organization, announced that they were cutting ties with Leonard, though he was not initially a member. Additionally, Andy Slater reported that Leonard's gaming sponsorship with ORIGIN PC has been canceled as a result of the incident.

Leonard, who spent the first seven seasons of his career with the Portland Trail Blazers, is now in his second year in Miami. The 11th overall pick in the 2012 NBA Draft, Leonard is averaging 3.3 points per game in 2020-21.

We'll have more on this story as it develops.