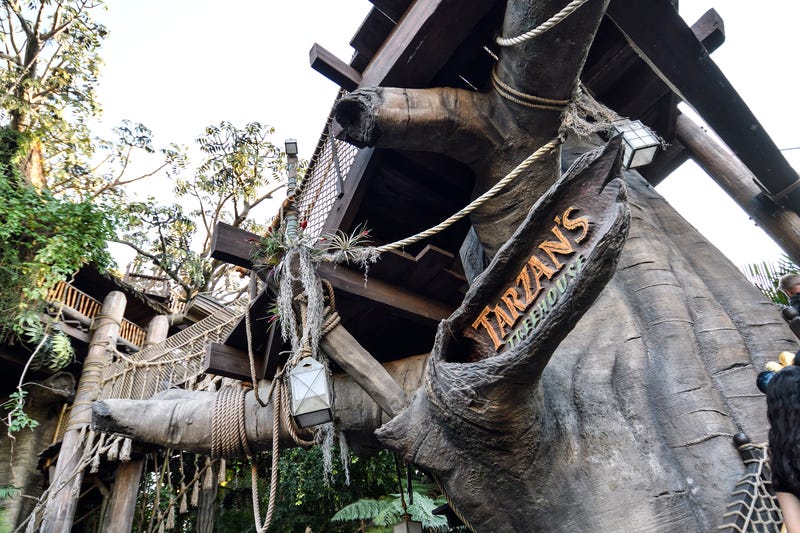 A new adventure will await guests at the Disneyland Resort as Tarzan's Treehouse will be reimagined into an old favorite.

Disney Parks announced on Tuesday that the attraction will now be called the Adventureland Treehouse paying homage to its original theming, The Swiss Family Robinson.

The treehouse, which first opened in 1962, will include new areas such as mother’s music den, the young sons’ nature room, the teenage daughter’s astronomer’s loft, the father’s art studio, and an ingenious kitchen and dining room."

The iconic treehouse was turned into Tarzan’s Treehouse in 1999, but has been under refurbishment since the pandemic.

Adventureland Treehouse is slated to open in 2023.