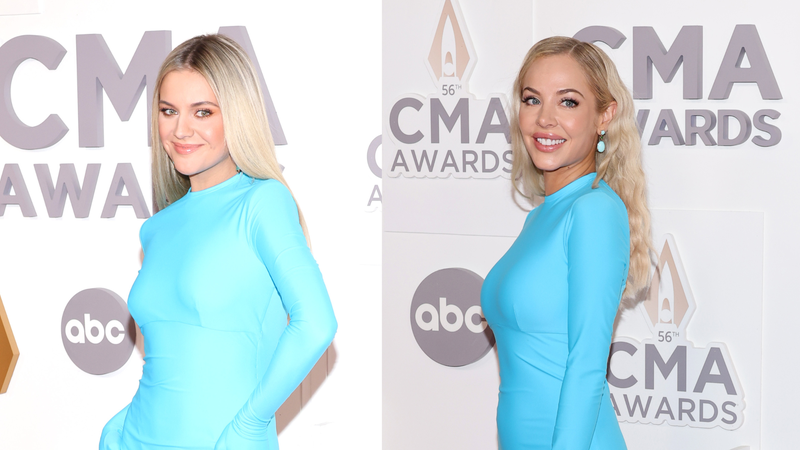 It's no Will Smith Oscars slap, but this award show moment certainly had people talking.

While people online have been very quick to point out the "awkwardness" of showing up in the same outfit, Ballerini took to social media and shared her thoughts about the accidental twinning.

"It's giving blue is the moment, it's giving great minds think alike," she said in a video on TikTok. "It's giving I immediately changed into a green dress because she looked so good in it."

Ballerini also doesn't want to see comparisons between the two adding, "It's giving don't you dare do a who wore it better or put a side-by-side, it's rude."

The bright blue Ballenciaga dress, which was originally worn by Kim Kardashian earlier this year at an Oscars Vanity party, has a high neckline, long sleeves cutout back and a train from the labels fall/winter collection.