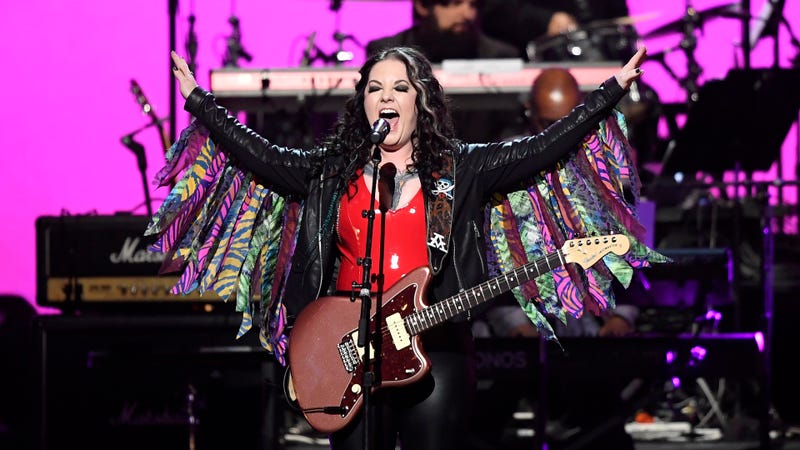 After canceling four shows last month following a serious horse riding accident which left her with broken bones, staples, and a grade three concussion, Ashley McBryde is slowly getting back to her high-energy self on-stage.

“As I’m healing and getting better and dealing with dizzy spells, knowing that I have a show to go and do, I think it helps the healing process,” Ashley told Audacy’s Gunner and Cheyenne. “You don’t want to just sit around and think about the headache that you have, you want to get up and go do a thing!”

McBryde was definitely ready to go do that “thing,” as she stepped on stage for Arizona’s Country Thunder music festival over the weekend, performing for more than 40,000 fans. While eager to hit the stage, the 38-year-old says she has been very mindful to take things slow and has on-stage precautions to help her through any dizzy spells she may encounter while performing.

“We started with stools,” she shared, which allowed her to sit while performing. “Now it’s to where, if I lose my balance at all, I’ll just grab hold of the mic stand, just to have something steady.”

The “One Night Standards” singer continued, “My body is getting to where it’s like, ‘We can go do this!’ I just have to remember like, ‘Ok, we have ten shows to do, let’s not do a power squat and lay on our back and slide across the stage.’ Trying to keep it a little dialed back.”