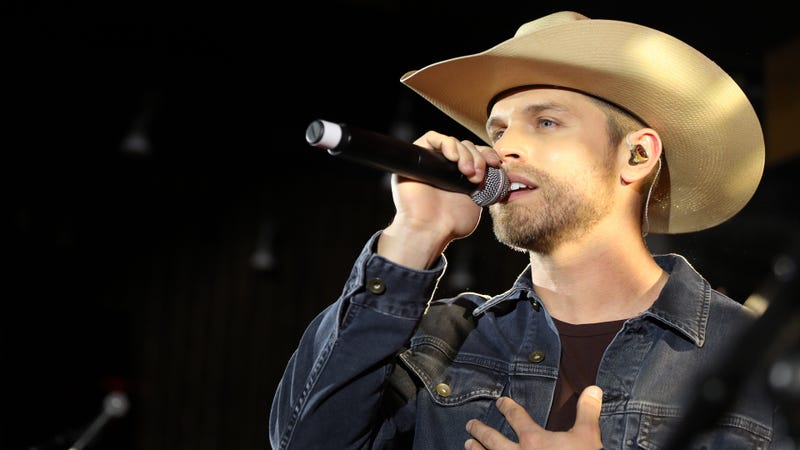 Dustin Lynch is a cowboy looking for a flip-cup-winning angel to call his own.

Ahead of headlining Arizona’s Country Thunder music festival over the weekend, the 36-year-old visited with Audacy’s Gunner and Cheyenne and spilled all the deets about his single status as a well-known Country artist.

“Well, it’s a hell of a pickup line,” Lynch laughed before sharing he has a tough time meeting women due to his hectic schedule and responsibility to maintain a certain image. “There’s definitely an image to… keep up. It’s weird.”

He continued, “I’m jealous of band guys because they get to go out and have fun at bars and out in the crowd after the show if we’re opening for somebody and I’m kind of just stuck.”

While a bummer for his dating life, don’t feel too bad for Lynch, who says he does get the opportunity to cruise around tailgates ahead of his sets at events like Country Thunder.

“The set-ups here are just amazing. Inspiring,” Dustin said, recalling his ride around the campgrounds. “Everybody out here is so friendly. Roll up and they offer you a beer, offer you a spot in whatever drinking game they’re playing and you’re part of the family, it’s cool.”

So what drinking game is he most likely to crash while perusing the tailgates? “I excel at flip cup,” Dustin confessed.

Note to self: Work on flip cup skills to impress Dustin Lynch!

Lynch is currently climbing the charts with his latest single, “Thinking Bout You,” featuring MacKenzie Porter. Hear more about how he fills Porter’s part on tour and spotlights fans in the full interview with Gunner and Cheyenne above.