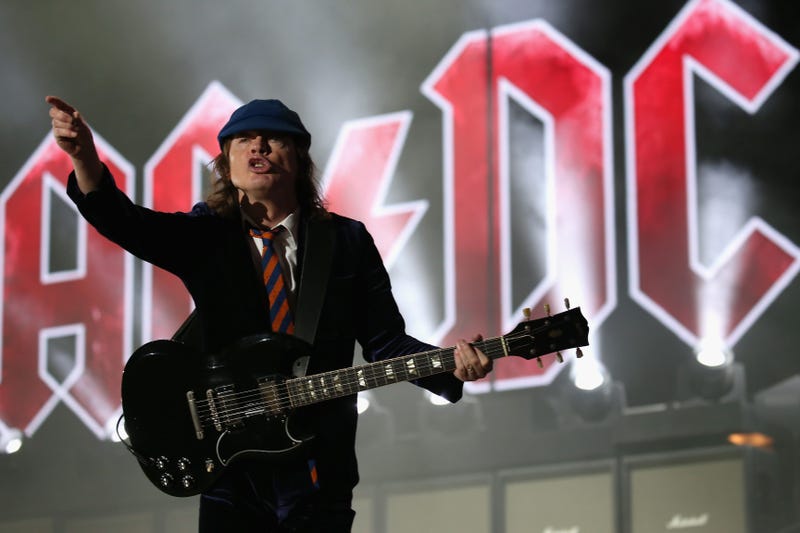 Don your school-boy and school-girl uniforms and help us celebrate the birth of Angus Young!

The AC/DC guitarist turns 65 on March 31st, and over the course of his lifetime, he's developed a number of signature moves. Here's a look at our Top 5:

5. Devil Horns - This signature move became a signature accessory for fans in the crowd, too! 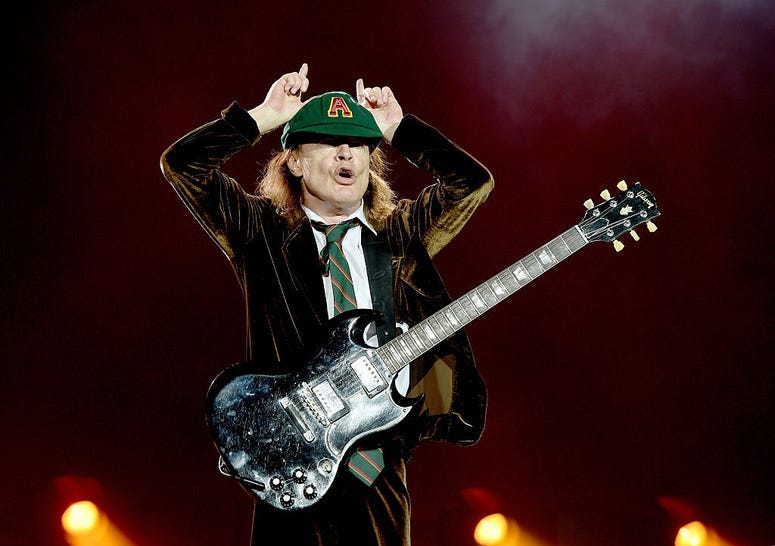 4. The Shoulder Stack - You'd have to imagine that it must be a total workout to front AC/DC in general, but it's even harder to do your job when Angus Young has climbed atop your shoulders while soloing.

3. Mooning the crowd - Some might not consider this a "signature move", but it was certainly a longstanding tradition for Angus to show off his bum (totally bare in the old days). If you got it, flaunt it, right?

2. The Dying Bug - You know, the thing he does when he lays on the stage and runs in a circle while shredding, which you could argue slightly resembles a dying bug. 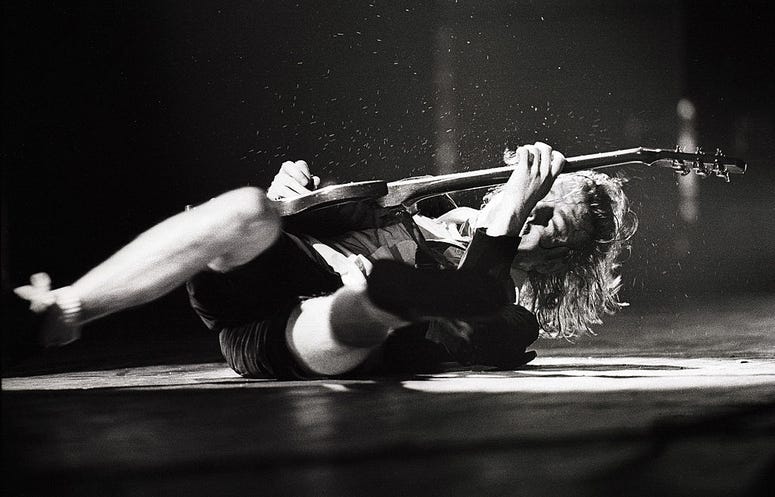 1. The Duckwalk - Paying homage to the great Chuck Berry, Angus put his own unique spin on this timeless move, and it became the nucleus of his showmanship.

Happiest of birthdays to the one and only Angus Young! We salute you!

Powered by StickerYou, where you can create and order your own custom stickers, labels, decals, temporary tattoos, magnets, iron-ons, patches, badges and more!