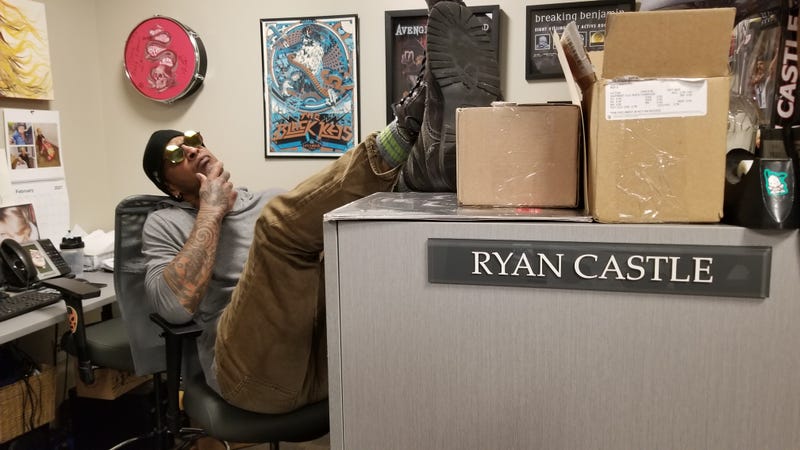 Crazy times here at the mighty KISW.  All good but crazy.  You see, our boss, Sgt. Hairclub has been the man in charge here for 19+ years.  Ryan Castle has been his right-hand man for 18 of those.  Our show has been here for just over 15 years... along with BJ and Migs in the morning.  It's been a very stable and familiar group of buffoons here for a long time... and in radio years, much like dog years, it feels like it's been the same crew for 90 years.  The reason for the stability is that all of us have been successful (enough) to keep our respective gigs (mostly) easy enough to work with that we haven't been fired.

Well, yesterday we find out that Sgt. Hairclub has been mega- promoted within the company. He's earned it for sure, but that means that he's moving on from KISW. This is just strange. The 'newest' person on KISW is Taryn... and she's been here for 8 f**king years! Like I said, it's been a pretty stable place. Anyway, Sgt. Hairclub is moving on and our new captain is the one and only Ryan Castle.

That's right, Castle is at the wheel.  So, oddly enough, while Hairclub's departure is a big deal, very little has actually changed.  No new faces or any of that, just down a man, so to speak.

All of that said, none of you will notice a damn thing!  Hopefully, that's a good thing!