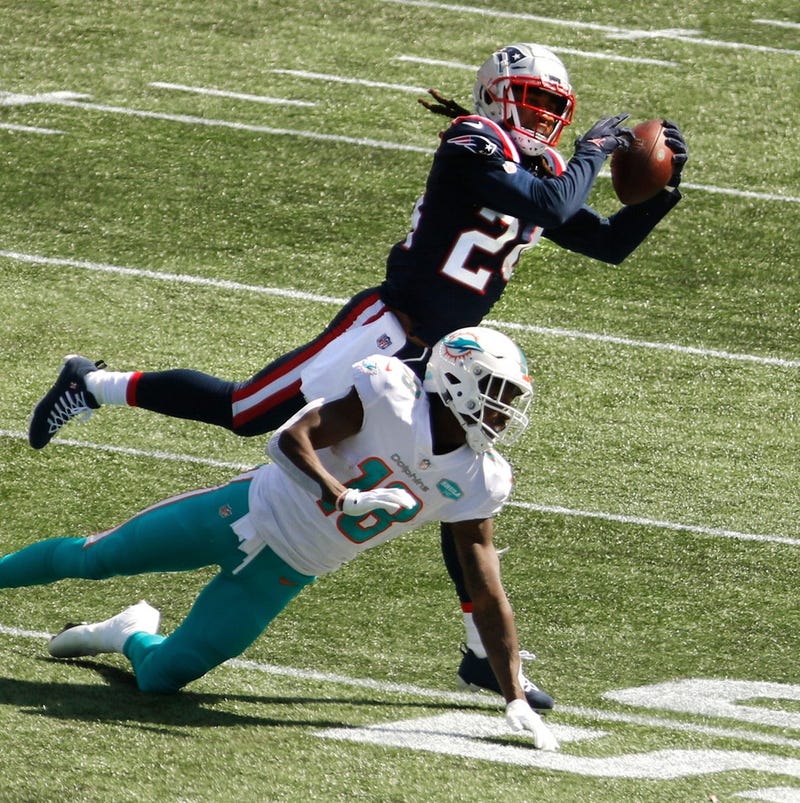 Hola 12s!
While the world of the NFL remains relatively quiet as we approach the first week of preseason, there's a new whisper on the horizon that could teeter a very unstable battle for NFC West superiority.

Patriots CB Stephon Gilmore made headlines when he didn't show up to the first day of mandatory minicamp, in an apparent holdout as he goes into his final contract year. The unrest for the player could cause a jump, but where he lands could change the course of the NFC West. On the one hand, our defense could use a veteran at Corner, especially one as decorated as Gilmore

Stephon Gilmore has been worth every penny and more. Since he’s been a Patriot:

On the other hand, rival cornerback for the Rams, Jalen Ramsey, has been putting in a little work on Twitter trying to poach Gilmore. This particular matchup would effectively shut down our receiving offense, making games against the Rams even more troublesome than they are regularly.

End of the day, Gilmore likely settles things out with the Patriots for his last year, and possibly looks for employment elsewhere come next year. But it's another "Julio Jones" type of story that Hawks fans should keep their ears to the ground about.
Almost to game time friends! With that...Mike Hawk is OUT!