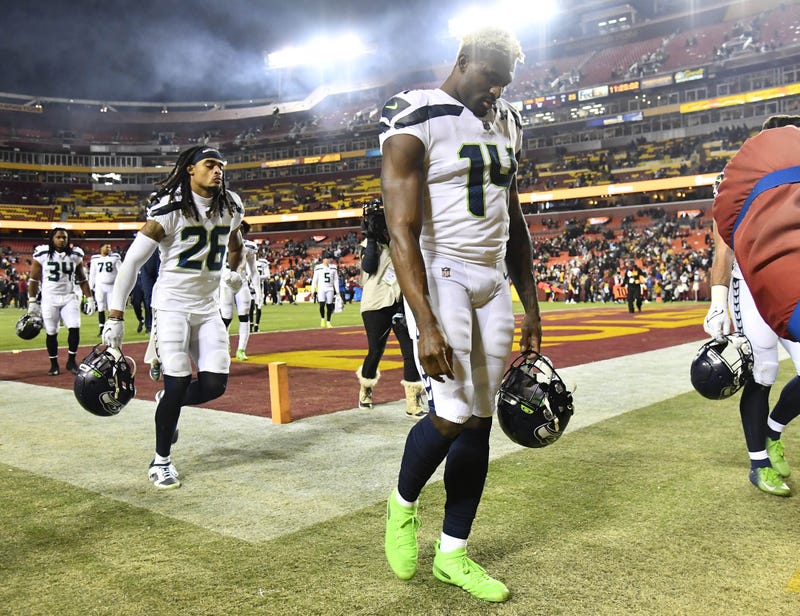 Ayo 12s!
Well, since the Seahawks didn't show up for the game this week, I'll just skip ahead to the fun stuff. I usually try to give it half a day to process what actually happened (aka cool down) before I write these, but I don't think there's anybody that believes we're not done for the season, so let's just look to the future.

This fan is now an honorary member of the defense 😂 pic.twitter.com/CWxmHoxKP8

So what needs to be done? Just to burn the brush before the fire gets here, I'd say we need to start with a trade that gives us a 1st round pick back. We've got a good draft schedule looking ahead, but we need that #1 to have a better shot at a difference maker.

Speaking of first round picks, I think it's time to clip off the players that aren't panning out for us. Rashad Penny and Chris Carson are both done with our squad as far as I'm concerned. Neither have been able to stay consistently healthy enough to remain a positive factor in the game itself, so I'd find a way to get some stock for the pair of em. They're the biggest ones for me, there's a couple others that are good, but could stand to be better.

Finally, I feel like we need to get the Pete Carroll/Russell Wilson situation figured out. Either get them both back on the same page and in sync, or get rid of one or both of them. I hate to be so cold for a duo that, in the words of Thee Ted Smith, ushered in the greatest era of Seahawks Football, but they're not lining up anymore. Wilson's bravado in coming back so soon is proving to be a detriment to the overall outcome, Pete's at a loss for words as to the fix of the team, and meanwhile we're out here playing the same schemes and plays that don't take a psychic to figure out. There's a fundamental problem with this organization that, until we get it figured out, will continue to give us seasons such as this.

WENT FOR IT.
GOT IT.

At the end of the day, I'm an armchair quarterback that doesn't know the game well enough to call a peewee league game. I'm an impassioned fan that isn't ready for the inevitable truth that we're descending into a, hopefully short, lull in my favorite team's performance. The fix will come in its own way, and we'll appear from the shadows once again. Shoulders to the wind 12s, we've got a few rough games ahead, excited to be proven wrong. With that...Mike Hawk is OUT!