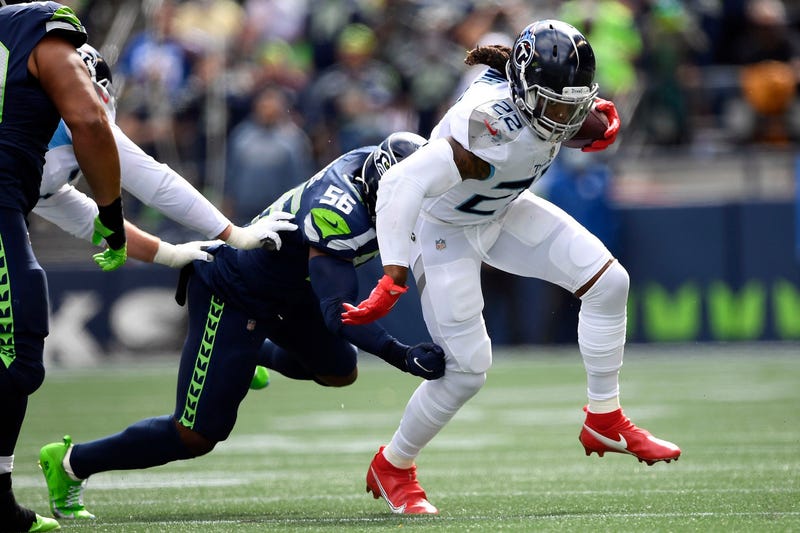 Hola 12s!
Well, we knew the perfect season wasn't happening this year, so it was just a matter of time before we took our first loss. The biggest issue with this loss for the Hawks was that we had every ability to win this game, being up 24-9 at the half can give you that kind of confidence, but as the game wore on, our boys felt like they drifted back into their old way of "throttling back" and never really cut loose in the 2nd half.

The way I feel it, we lost due to a couple of different reasons, all due to the Titans truly just besting the Seahawks this week....
1. Derrick Henry
The looming issue any time you play the Titans is Derrick Henry. The man can guarantee 2-3 yards per carry, and is likely to get 4-6 yards per carry. With top-notch receivers like Julio Jones and AJ Brown drawing the backs off the line, Henry is free to beat the living tar out of our defense allllll dayyyyy long. So, our boys are just beat to death by the end of the game, and things slip through.
2. Head Games
Another factor that we truly lost this week were the head games. DK Metcalf and Jamal Adams both found themselves in scuffles that never fully settled as the game went on, indicating the Titans were getting into the minds of both sides of the ball. This lead to penalties and added opportunities in favor of the Titans. Just sloppy

Shaking it off, the Titans are a nasty team, always have been, but they're in the past. Going into Minnesota to deliver the Vikings their 3rd loss of the season. Keep in mind, the first few weeks of the season are always the shakiest, our top 2 draft picks from this year are sitting on the sidelines waiting to get healthy and take us to a new level that we should be seeing soon. Long season ahead 12s! Keep those chins up! With that...Mike Hawk is OUT!