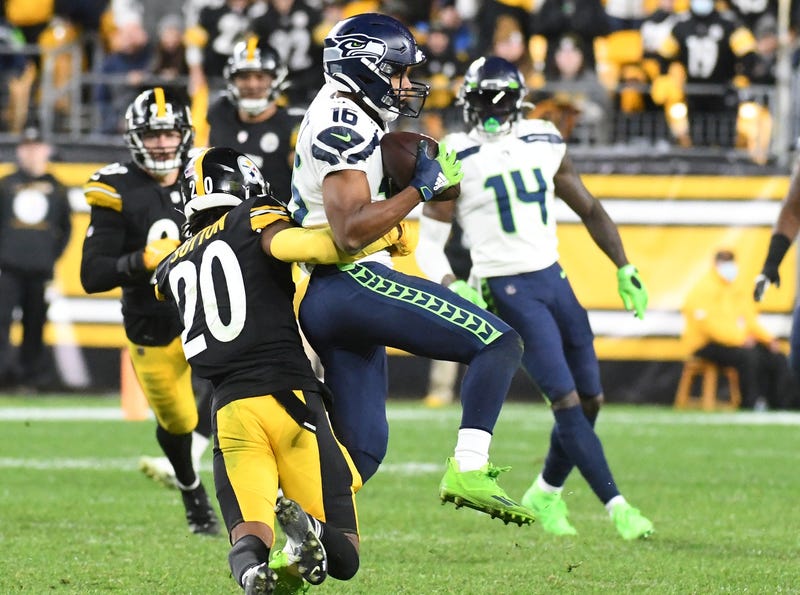 Ayo 12s!
Yet again, we're here lamenting over a game that we very much could have won. And the killer of it all is, we have all the tools we need to be putting Ws on the board, and we're even executing at a pretty consistent level, but there is just 1 glaring flaw that is plaguing us right now: Small mistakes made when they matter most, making big impacts.
As much slime that is slung Geno Smith's way, from this blogger as well, he has truly held his own in the last 2 weeks. Against the Rams, he led a fine touchdown drive that brought us back into the game, and had a truly unfortunate INT that I don't put all on him. This week in Pittsburgh, he made great adjustments at the half to bring us back into the game and tie things up to bring it to OT, and had a truly unfortunate fumble that I don't put all on him. Look, when TJ Watt is breathing down your neck for 65 minutes, he's gonna get in there.
DK, charging up the sideline to attempt to make a game-winning touchdown instead of getting us into proper position and time for a field goal.
Jamal Adams dropping 2 gimme interceptions that could've changed the dynamic of the game.
All these liiiiittle mistakes, slipups, poor decisions that are made at the absolute worst times that have big impacts on the outcome of the game. That's what needs to be adjusted here. Just a tidying up of some basics. But enough about the negative, this team truly has an ability to shine, and they made that known this week.

There was a lot to be impressed with this week. At the front is Geno. The man was calm, cool and collected in the heat of it. Down 14 points, he leads a meticulous offensive playbook to bring us back into it to send it to overtime. Alex Collins, a man that I will shamefully admit that I gave more harsh criticism than he deserved. He's matured so much in his absence with the team and proved himself to be the true RB2 of this squad. Our Tight End game is ready to be utilized as you saw here, Everett and Dissly are a great combo that will be devastating when unleashed.
On the Defense, Jordyn Brooks and Darrell Taylor, wishing him a speedy recovery, are creating great pressure and are truly impacting the pass game. DJ Reed was on top of his game the entire night, shutting down any airspace he controlled. Tre Brown had a brilliant debut in the corner and should be a fun and reliable corner to watch for some time.

As much as I try to sugarcoat it, know that I know what y'all are feeling right now. The season is done. The Seahawks need to tear the whole thing down and rebuild. I know it feels like we've already lost the season, but it's all just heartache for the boys we love. Grit your teeth and bear it gang. We're a 3rd of the way through the season, battered and bruised. But these boys are learning and growing with each passing week, and before you know it they'll break loose out of nowhere and we won't even know what hit us. The fun continues with Monday Night Football here at home against the Saints. Hang tough and watch these boys come out strong! With that...Mike Hawk is OUT!