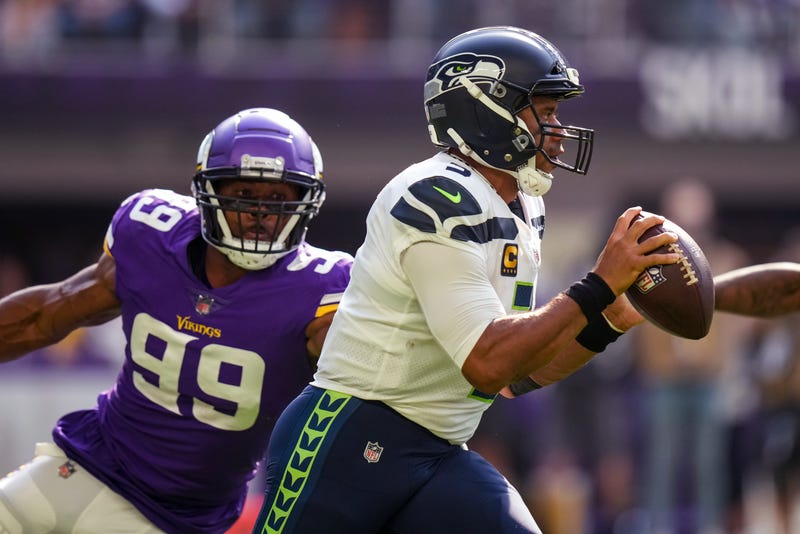 Certainly not the start to the season we were all hoping for. With the addition of the likes of Gerald Everett, Dee Eskridge and locking down players like Adams and Duane Brown, it was a good assumption that the Seahawks were going to be a force to be reckoned with all season long, and with a division as harsh as the NFC West, we didn't have much of a choice in the matter. Now those hopes aren't looking as simple as once thought, as the Seahawks sit squarely in last place of the division.
No bones about it gang, we got beat on all fronts in this week's matchup. The Offense looked great out of the gate and was on track to putting a definitive win on the record to start the piledriver into the offseason, but as the game continued, our boys showed growing fatigue as the Vikings found some inspiration that did not wane.

I can't armchair QB this one much, other than to say we have to be more unpredictable out on the field, how that happens I don't know, but this is the 2nd team in a row to be able to just know where we were going with the ball and how to set us up for failure. Russell's pocket is back to it's toothpick strength of the past 6 years, coverage of our receivers is seemingly unbeatable to the point that Wilson can't release the ball, Our running backs are good for no more than 2 yards unless they're in the screen. Our Defensive line isn't creating pressure, the secondary can't breakup a play, and we have a 40% rate of giving up a 3rd down conversion. I don't know what needs to change, but we've got to want it more than this.

The schedule doesn't get easier from here either as the next 4 weeks, in order, consist of the Niners, the Rams, the Steelers and the Saints. I get a gut feeling that there's stuff going on in the offices and off the field that are contributing to the frustration we're clearly seeing, but no matter what it is, it's got to turn around these next 4 games if we don't want to be all-but counted out of the playoff race already. Lick the wounds, get back to basics, and we'll be ready to give the 49ers some hell next week! With that...Mike Hawk is OUT!