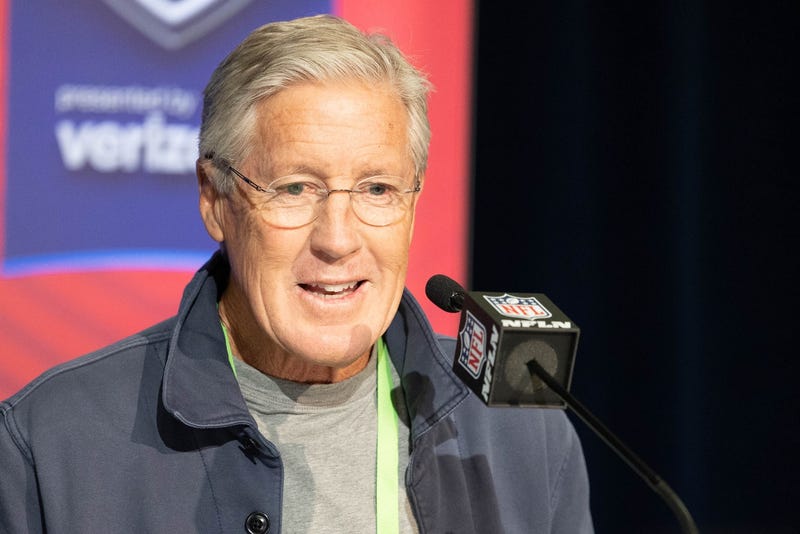 Ayo 12s!
The NFL Combine has come to a close and those that thought there would be some news about what the 2022 Seahawks are going to look like following the showcase can now rest easy knowing....we're nowhere near knowing their plan. One thing that we can guarantee about the Seahawks in the offseason, is we the fans will have nothing but speculation about the moves our boys may or may not make.
That being said, speculation is fun, SO! Who should we be looking at? My theory on the subject is we will once again avoid drafting any O-linemen. Pete and John have shown that they're staunchly against taking a risk on a green lineman on multiple occasions, but one thing I've read on the offensive side of the ball, is that we may progress without Rashaad Penny, the former first round pick that spent a lot of time on our IR list. That being said, we may be in the market this coming draft for another new running back to carry the torch following Chris Carson, DeeJay Dallas and Travis Homer. It will likely be a later pick for a new RB, and more of a power runner vs a speed runner. I'd expect someone like Ty Davis-Price or ZaQuandre White.

But the biggest well of need for the Hawks is definitely the defense. Most experts have us looking at an edge rusher or a defensive back, which will likely take our 2nd round and 3rd round picks. On that note, they also like to go for the players that performed well, but don't sit too high in the rankings. We might be seeing the likes of Myjai Sanders or Nik Bonitto as an edge rusher, and maybe a new corner in the form of Derion Kendrick or Jermaine Waller

Truth be told, I'm full of crap and don't have the first dadgum idea of who the Seahawks could or should pick, nor do I know who in the draft is actually someone that we need on the team. But looking at different performances and picturing them in the green and blue is what makes me smile at the end of the day. I'll see y'all at the draft! With that...Mike Hawk is OUT!