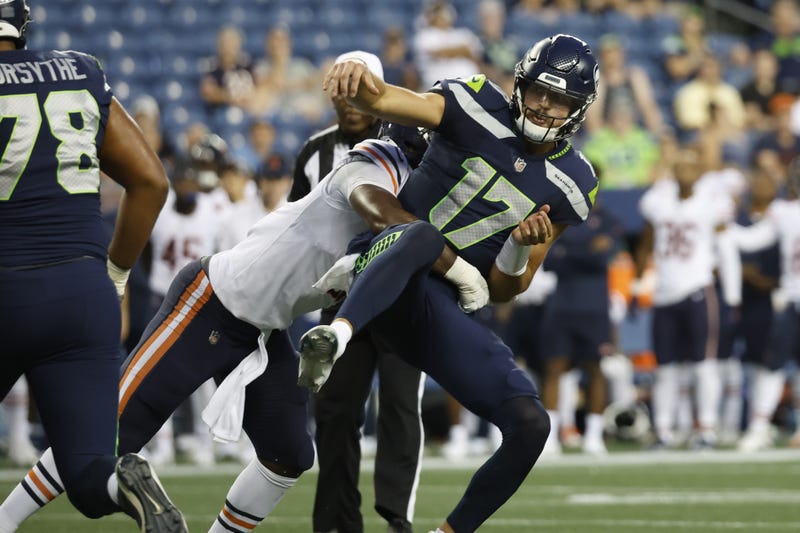 Ayo 12s,
Well, the Seahawks completed their 2nd preseason game earlier this week against the Bears. Not only that, it was the only home game that they would play in the preseason. I'm going to be succinct with my thoughts, as we all saw what we saw yesterday.
What we saw yesterday was 4 quarters of a football game between the Chicago Bears and the Seattle Seahawks. Here's what I can say about Geno Smith in his fight for the starting quarterback position, he took the snaps in the first half of the game. As far as the rest of the offense, Jacob Eason came out in the 2nd half. Runningback Darwin Thompson got the most carries of the day with 6, Bo Melton got the majority of targets in the game with 11, while DeeJay Dallas came down with it the most, with an impressive 4 catches.
Good news is, it's preseason, it's not necessarily indicative of what we're going to see with the season going forward.....let me live in my denial. It was a rough game to watch, no doubt, but I'm optimistic that we can chalk it up to a really bad day at work and put it in the rearview mirror.
We got the final game in Dallas and it could be Lock's last chance to show what he has before the decision is made on who the starter is going to be. Let's hope that we can just ignore what happened this week. With that...Mike Hawk is out!