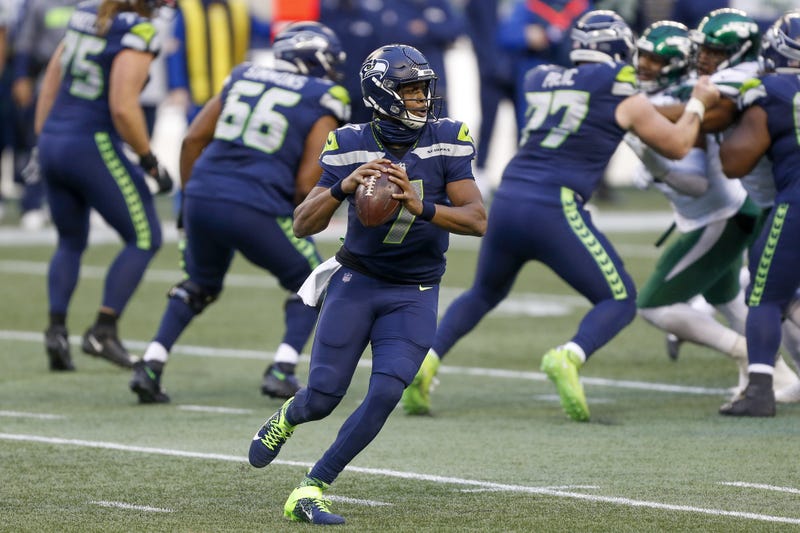 Hola 12s!
What a hell of a win this week! A game that had us all holding our breath to see if they were the team we knew them to be, led to a collective sigh of relief as they put the beatdown on New York, that should've been shared with their sister team last week. But while the team did what we knew they could do, they also showed what keeps this Super Bowl quality team, from becoming what they just played.

His name, is Russell Wilson.
Late in the 3rd quarter, they pulled Russell out our first option at backup, Geno Smith. Granted, they also relieved DK, Carson, Lockett and others, but the display that was put on by Smith was troubling in an otherwise excitingly dominant game. It showed that there are a couple key players that keep this team in the upper echelon that it's worked hard to achieve. Once they were taken out of the picture, we couldn't move the ball downfield anymore and were settling for the same field goal that we allowed to New York. Is it just overthinking? Probably. Most teams put all their eggs in their starter basket and hope for the best when it comes to backups, but as Russell continues to age in a young man's market, we'll need to continue to find his apprentice, his successor, someone that will be willing to ride the bench and learn from the future Hall of Famer until the team calls him up. Just a thought that came to mind as I write this out.

With a win today, @DangeRussWilson becomes the first QB in NFL history with a winning record in his first nine seasons.#GoHawks x #ProBowlVote pic.twitter.com/i1UJ7HLIVy

Concerns aside, this was a hell of a week for the boys, an excellent return to what we know them to be. We've got the early slot next week going into Washington to do what the Niners couldn't. Now, we've got our work cut out for us...these are the guys that broke the undefeated Steelers.....
Kidding aside, they look like they've got a good pass rush, which is a weakness for us. Alex Smith is an adept Quarterback which could spell issues for the defense, and J.D. McKissic is a lot better than the list time we saw him, and our run defense isn't terribly strong. I still fully see a win coming out of the game next week, but we can't sleep on this one either. Keep it loud 12s! With that...Mike Hawk is OUT!