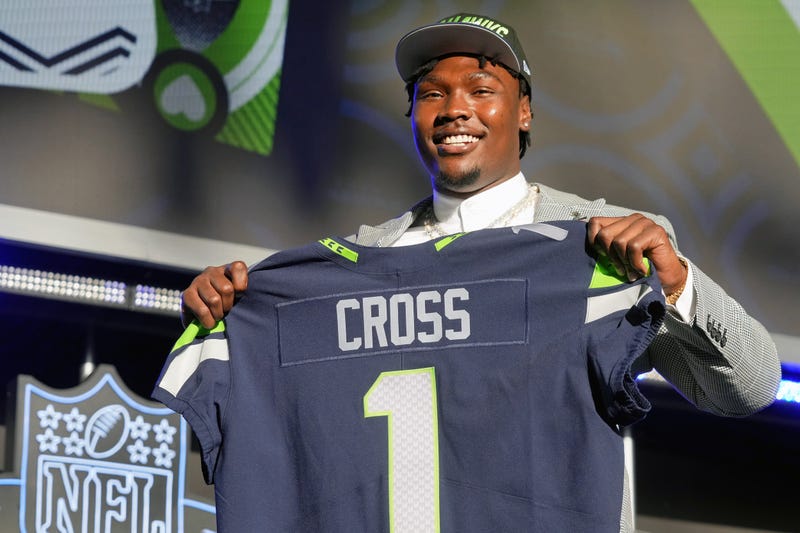 Ayo 12s!
The time has come! The Draft is over! And we've got a look at some of the new faces that'll be wearing the Blue and Green out there in Lumen Field! Take a look!

This is why. This is why us Seahawks fans need to just ignore all of the mock drafts as white noise, because nobody had us pegged to grab Charles Cross at the number 9 pick, and I myself lost a dollar to Ted Smith because I was SURE we'd trade it away for more picks later on. I have to say gang, I'm stoked with how this draft went. A couple new O-linemen, a couple Linebackers, a couple Cornerbacks, a running back and a wide receiver, all of which look pretty darned good....I'm happy. For the first time in a long time I can say I'm truly and completely happy with how this draft went.

Got ourselves a baller 🔥

I know there are some that feel that we had no choice but to draft some sort of QB, but I'm sorry, that's just wrong. None of the quarterbacks in the draft this year have enough promise to have justified giving much up for them, and we've got a deep well at competition for QB already. We may not have the long-term fix on the team this year, but we've got enough tools on the field to where we may be able to be more a Titans-esque team, where it's more about the big names handling the ball, vs the shot caller.

Super stoked to see how this team develops and upsets the rest of the NFC West, to get us back toward the top where we belong! Hang on 12s! It's gonna be an awesome ride! With that...Mike Hawk is OUT!