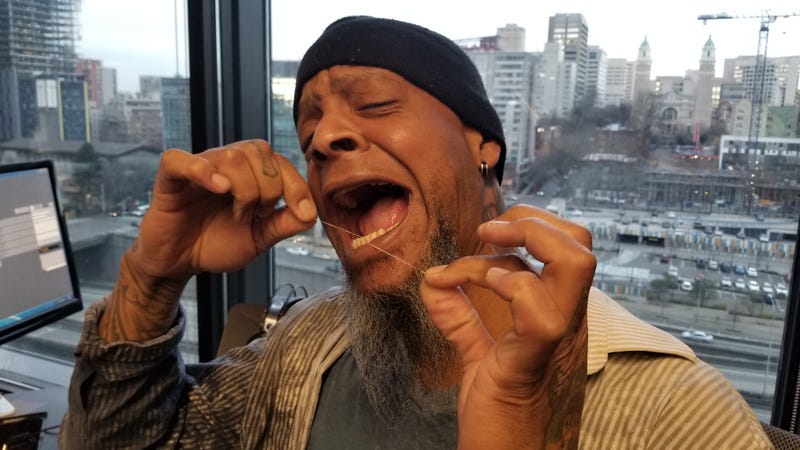 Ever have a a popcorn kernel stuck in your gums or a piece of chicken stuck in your teeth?  I'm just gonna assume you said 'yes' and continue.

Been working on music for the last year or so.  Constantly writing, (attempting to) perfect stuff.  And before you start bugging me about it, I'll most certainly release it when it's done, but not on any timeline.  Then you can hate it or love it or be indifferent... but I digress.

So one particular song is akin to the aforementioned 'popcorn kernel/ chicken'.  The song has been stuck in my mental teeth.  I'm so close, keep digging away at it, but can't quite seem to extract it.  I need a toothpick for the brain.  A brainpick.

It's one of those things that began as a series of separate cellphone videos... an idea hit when you're walking the dog or taking a sh*t, so you sing a bunch of crap into the video so you don't forget.  Then it keeps expanding on itself until you have three weeks of videos to sift through, extract the best bits, orchestrate it, write it, record it, play it back to yourself... well, you have the mental chicken in your teeth.  That's where I'm at and it's killing me.

Why am I telling you this?  Frankly, because it's what's on my mind.

I'm outta here.  Until tomorrow, do what you do best and STAY BEAUTIFUL!"