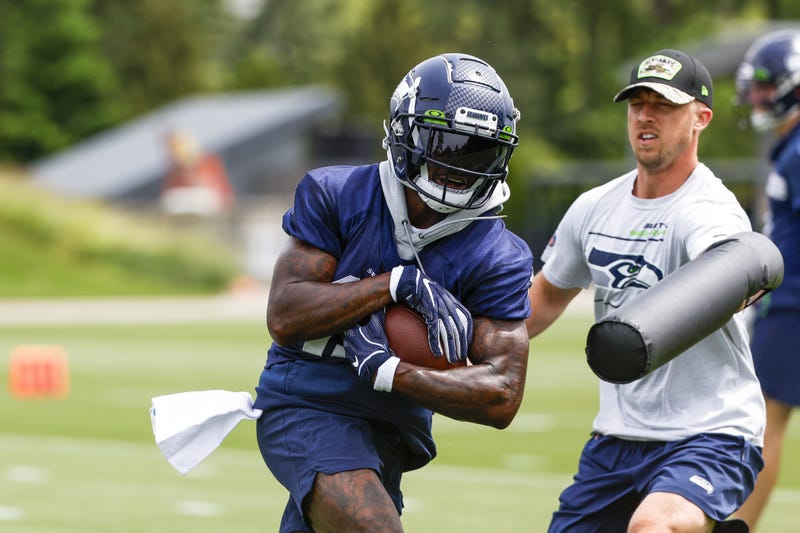 Ayo 12s!
I know the info-pool when it comes to football is a little dry and, quite frankly, full of speculation and grasping at straws at this point in the year. But the mini camps are under way and we're getting a look at how some of the rookies fit into the fold along with the veterans as we're under 9 weeks away from the first preseason game.
Coach Pete Carroll seems to be pleased with the talent that he's looking at as the camps go on, and there's even a couple standouts early on. One of which being our new corner that was drafted in the 5th round, Tariq Woolen

“He was the flashiest in camp,” Pete Carroll said of Woolen. ⁦@thenewstribune⁩ pic.twitter.com/vEAY1ViG1Y

Given that our corners were a bit underdeveloped last season, it's nice to see a rookie making some notable waves this early. Another that I've heard is making some great connections on the field, and one that makes me happy just because I love a Tight End, is our newest addition from Denver, Noah Fant, whom I hope we utilize like we've never utilized a Tight End. He's said that this offense is very favorable to his position which suggests that we may be looking his way during the season, I would guess especially if Drew Lock gets the starting spot.

Noah Fant loves his fit in the Seahawks' offense and he will have ample time to grow in the system 💯 pic.twitter.com/XvbkDbQJHr

On the subject of the open QB position, it sounds like Geno Smith is in the lead for the position, but it sounds like Drew isn't far behind. Whether one of them makes the spot or he makes a move to bring in a 3rd contender is still something that's being speculated on, but as we know about Pete and John, they keep their plans close to the chest.

It's definitely been a roller coaster of emotions this offseason, but I'm starting to get excited about Seahawks football again. It's certainly going to be an interesting year, and I'm here for it. We've got less than 9 WEEKS TO GO 12s! Let's get it! With that...Mike Hawk is OUT!