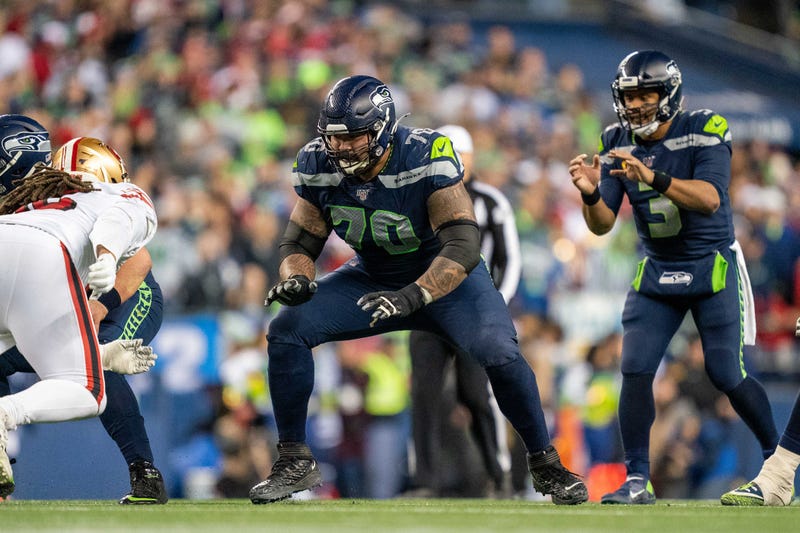 Hola 12s!
Rumors are spreading, news is breaking, and the Seahawks are the common denominator. First bit that just broke today, Guard Mike Iupati is hanging it up after 2 great seasons with the organization. As much as we like to talk about the work that needs to be done on the offensive line, Mike Iupati was one that we certainly missed if he ever went out on an injury with the team. I don't know who is going to replace him, but we're about to lose a comfort we didn't know we had.

Touchdown Chris Carson! Look at the double team between #76 Duane Brown and #70 Mike Iupati. Blasted open a hole for the score! #Seahawks pic.twitter.com/L0SJGl8V4S

Which brings us to the 2nd point of conversation, additions. We've been screaming O-line for years, they acquiesced a liiiiittle bit in the last couple years with some serious players, but we haven't seen too much development. What we have seen, is the inclusion of veterans to the team....for positions that we really don't need. You may recall a few years back when we acquired Eddie Lacy at running back from the Packers, The beast himself Marshawn Lynch came back last year for some good PR, then there was Greg Olson this last year, and now conversation is circling that we're looking at more veteran tight ends to fill our veteran tight end position. Candidates are Gerald Everett (Rams), Zach Ertz (Eagles), and Jonnu Smith (Titans).

The @Titans open with a 62-yard catch and run from Jonnu Smith! #Titans

No offense to any of those 3 in consideration, but I feel like Dissly and Parkinson would do a fine job at tight end if just given the chance. Both of which sustained injuries early in their careers, but put up great numbers while they did play. Same with Carson for that matter, who we are all but signed on the dotted line from releasing into Free Agency. But are you going to look me in the eye and tell me that this isn't a quality TE that we can develop into a true threat the way this organization does?

I'm not going to pretend like I'm an expert on the players or strategies that teams use, but I don't know that the blind faith in Carol has been paying off the last couple years. However, like the true fan I am, I'm ready and willing to sit back and see what he has up his sleeves once again and see if it comes through. Who knows, we may be having a very different conversation later on in the year. Until then, with that.....Mike Hawk is OUT!