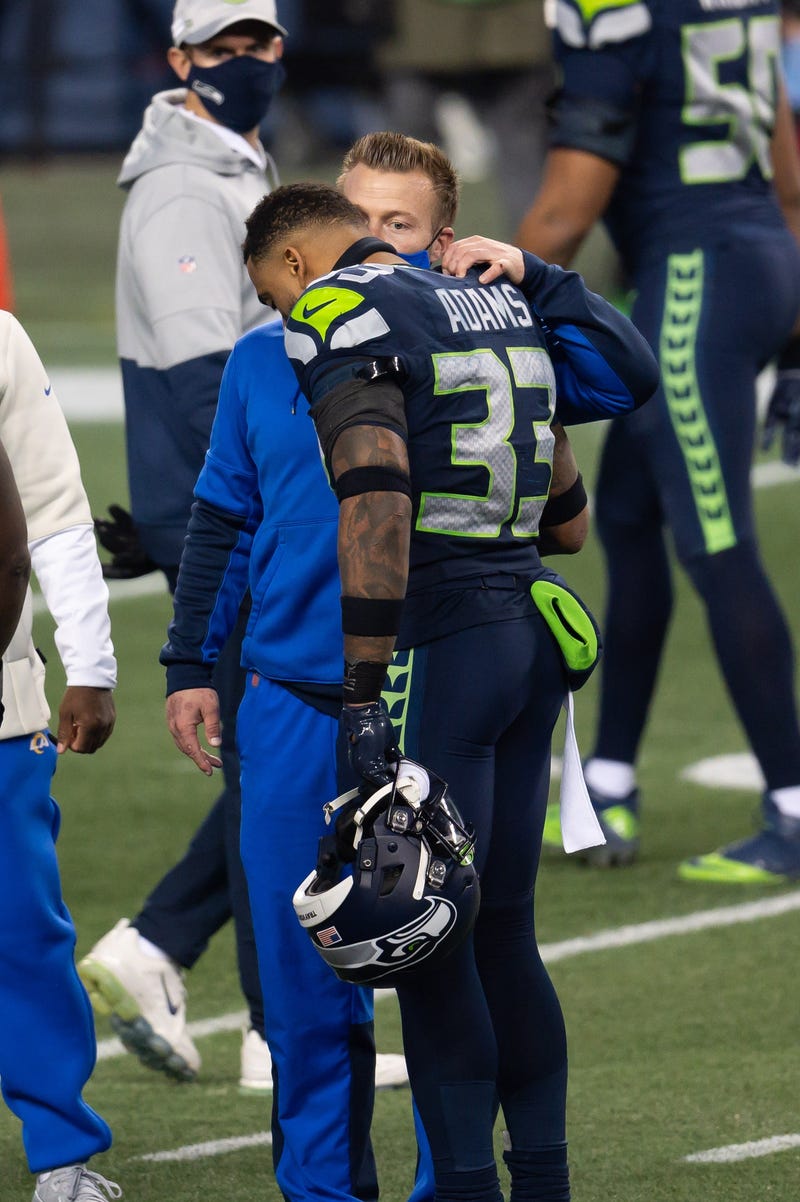 Hey there 12s...
You ever watch a race and have your chosen "horse". And you watch as toward the beginning your "horse" as it were is starting out all the way back in the 5th place position, and instead of panicking you think to yourself "Just breathe, he breaks late, you know that he always saves his energy for the last drive". And then you watch as that horse continues to sit comfortably in that 5 position and never. freaking. breaks.??? That's a lot like what happened this weekend against the Rams.

The best defensive plays from the Wild Card win! pic.twitter.com/wpPXlvcmUY

Going into this weekend, I had, and still have, belief that there was no team in the playoffs that the Seahawks couldn't beat. I knew going in that if we were going to lose a game in this run, it was going to be because our boys didn't show up. Which is both comforting and terrifying. I didn't know how far we'd make it in the playoffs, but I was certainly hoping for better than the first round.

SNAGGED BY DK! @DangeRussWilson hits @dkm14 for the touchdown!

That being said, our boys gave us a hell of a season to enjoy. 12-4 is nothing to be disappointed about, but we had quite the batch of teams to play against in the post season. Looking ahead to next year, we may be set up for another decent run next season. We have few places that need improvement in our corps, offensive line always needs some help, less than year's past, but it still needs help. And I would also say that we could bolster the corners on defense, other than that, I don't know where else needs work, other than some vamped up play-calling. That being said, I'm happy with the season we got, and excited to see what they bring to the table next year. We'll keep the hype going until then! With that...Mike Hawk is OUT!